Abandon Hope, All Ye Who Enter the Temple of Man Made Global Warming!

Posted on 26 March 2012 by danmillerinpanama

NOTE: This piece was written by my altar ego, Bishop Dan, and first published at Blog Critics on April 20, 2008. I have added two pertinent graphics and tried to correct a few obvious errors in places where Bishop Dan seems to have got carried by his passion into inarticulate rambling.  I have not attempted to reconcile any inconsistencies. That must be left up to Bishop Dan because I want to link it now to another article I am about to post.

We must repent of our sins and we must do it now!

Good day, brothers and sisters. After much prayerful thought, I come to you with an urgent message: The Church of Global Smarming is a false church, with many false prophets and profits. The prophets are even more insidious than the profits, but we must not hate them. Instead, we must teach the prophets and their ignorant followers the errors of their sinful ways and thereby deliver them from their false faith, as was Saul of Tarsus on the way to Damascus.

It is only meet and right that we should do so, to permit the greatest gift of God, Mother Earth herself, to survive. Like the moneychangers in the temple, with whom they have much in common, these false prophets must be routed. The Church of Global Smarming claims that it alone can save the Earth for Humanity, and that all who disagree are both apostate and ignorant of the Truth. That is a pernicious doctrine. My Temple, of which I am now the sole true prophet, boldly goes where no temple has gone before in nearly a thousand years. We emphatically proclaim that humankind is the sole cause of both global warming and global smarming, and that humankind must, therefore, out of reverence for Mother Earth, be eliminated.

This is a difficult position to advocate, and there may be at least token resistance; in the end, however, we will be victorious and all right-thinking people will find that they must agree. There is ample precedent for this thesis, if the teachings of history are correctly viewed in accordance with the divine revelations bestowed upon me.

The ancient Manicheans held that all sexual intercourse is wicked, even between married heterosexual couples and even if undertaken solely with a view to producing offspring.  Bertrand Russell tells us that Tolstoy and Gandhi, in their old age, held similar views. St. Augustine, a minor light in the Roman Catholic pantheon of saints, vigorously opposed the Manichæan view that marriage is pernicious because it leads to propagation of the species.

Interestingly, Manicheanism arose in Mesopotamia, where it flourished for a while.  St. Augustine notwithstanding, all of the Manichean luminaries foresaw the draconian consequences to Mother Earth of profligate human reproduction. Unlike the false prophets of Global Smarming, they looked to the root causes of the problem facing our Emerald Orb. They disdained the offering of carbon credits, electric automobiles, ethanol, or the eating only of raw vegetables, organically grown, as puny solutions.

They saw the future through divine revelation and knew not only that such feeble nonsense was doomed to failure but that it would be contrary to the teachings of my sacred Temple. They anticipated this almost a thousand years before they passed into temporary obscurity. They did embrace, with supreme wisdom, the notion of reducing carbon dioxide emissions through the elimination of the most prolific emitters, humans and the things which they do and which they eat. There are joyous signs that the teachings of My Temple are bearing fruit and that they will continue to do so. Although my Temple is still a small one, there are many good people pursuing our noble cause; many of them probably do not even know why they are doing so, or that they are guided by the teachings of My Temple. Clearly, they are being guided by God herself.

President Mugabe of Zimbabwe, may his holy name be praised, is doing his honorable best to eliminate not only the abject poverty in his country, but also the humans living there and suffering from it so sadly. Darfur is another shining example. Carbon sources are being eliminated there at a satisfying rate; soon, the Sudan will no longer be a blot on our planet. Iran and other countries in Persia, as well as the Democratic Peoples’ Republic of North Korea, are making glorious progress; given time and support, they and numerous others will prove themselves worthy of the name Disciple. Progress is being made, praise the holy name of Mani, elsewhere as well. People in Haiti and elsewhere are starving, in large part because our clandestine disciples are intent upon converting corn into ethanol. It is a noble and worthy sacrifice for it enables us to power the glorious cars which we so relish.

It is clear to even the most apostate that a Hummer offers much greater potential to enrich the lives of those of us who toil heroically in the Temple than even a hundred pastures full of cows. Fields previously wasted in growing other food crops are now being put to a much higher use. Previously successful but pernicious efforts to eradicate Malaria by introducing the scourge of DDT have ended, praise the holy name of Mani.

New diseases are cropping up all the time, many of them resistant to the puny antibiotics devised by misguided humans to defeat the will of God – not unlike the lightning rods invented by the wicked Benjamin Franklin. The perverse use of those pointed iron sticks caused earthquakes in Massachusetts to punish the wicked who strove to avoid His just punishment by lightning. Church bell ringing during thunderstorms, although happily ineffective as to thunderstorms, was the preferred method of disposal of heretics. According to Ronald W. Clark’s Benjamin Franklin, lightning struck three hundred and eighty-six churches, killing one hundred and three bell ringers, during a thirty-three year period. There was no way to escape the will of God then, and there is none today!

How can we, mere mortals (despite the divine inspiration graciously given to me, and which I humbly and generously share now with the readers of my holy word), further the causes of My Wondrous Temple? Doubtless, there are those who will say that there is no need for us to do so, because the inherent wickedness of humankind will suffice.There was an opposing, but dangerously unfortunate, error on the part of the ancient Manicheans, who believed that the inherent goodness of humans would induce them to cease breeding. The human population of the world having increased almost exponentially in recent years, we are now privileged to see the sublime, albeit benign, error of these hopeful but opposing beliefs. Rather than pursue false doctrine and hope, we True Believers must do all that we can to bring to fruition the goals of the Persian prophet Mani (the beloved founder of the Manichean religion), may his holy name be praised, as articulated in the latter half of the third century. 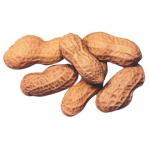 Contrary to the persistent rumors spread for centuries by The Evil Ones, it is only a coincidence that the word “Maní” in Spanish means nut (or more precisely, peanut). Let us repent, and recognize that humankind must be eradicated. Arise, people of the Earth; You have nothing to lose but your lives!

Please be generous when the hat is passed; you may rest assured that your donations will not be used either to purchase another Hummer or to build another 9,900 square foot humble abode, modeled after (but much smaller than) the palace of Saint Al the Gored, in the Holy City of Nashville. Give! Give until it hurts! You won’t be able to take it with you.

Yours in the bowels of Mani,

I was graduated from Yale University in 1963 with a B.A. in economics and from the University of Virginia School of law, where I was the notes editor of the Virginia Law Review in 1966. Following four years of active duty with the Army JAG Corps, with two tours in Korea, I entered private practice in Washington, D.C. specializing in communications law. I retired in 1996 to sail with my wife, Jeanie, on our sailboat Namaste to and in the Caribbean. In 2002, we settled in the Republic of Panama and live in a very rural area up in the mountains. I have contributed to Pajamas Media and Pajamas Tatler. In addition to my own blog, Dan Miller in Panama, I an an editor of Warsclerotic and contribute to China Daily Mail when I have something to write about North Korea.
View all posts by danmillerinpanama →
This entry was posted in Al Gore, Church of Global Warming, Culture, Global Warming, Government and individual choices, Oil, Oil refinery, Politics, Religion, Satire and tagged divine revelations, false prophets. Bookmark the permalink.

5 Responses to Abandon Hope, All Ye Who Enter the Temple of Man Made Global Warming!