Posted on 29 September 2012 by danmillerinpanama

If President Obama is reelected, redistribution will go into even higher gear. I want His promise that I’ll get mine. Now, so I will know how to vote.

Karl Marx. It may have been him.

As President Obama well knows, the best socio-economic system ever devised is based on the premise “from each according to his abilities, to each according to his needs.” Now old and creaky, my abilities are few and my needs are great. When President Obama again makes history by being sworn in as our first reelected President of this century on January 20th, soon to be celebrated annually as Obamamas, there are some things that I need and expect Him to give me, gratis. Everyone else should remember that since it is “better to give than to receive,” others will derive more benefit from His generosity than I will. Not only that, it’s the patriotic thing to do.

Here is a preliminary list of stuff I need.

My cell phone is about three years old, was cheap ($20) to begin with and still has no camera. I need a modern Obamaphone, with all of the goodies technologically possible.  I also need free Obamaphone service.

She is correct to focus on what really matters and many voters feel the same way. According to a recent analysis by John Semmens: Semi-News — A Satirical Look at Recent News,

“As a general proposition, it might be a bad thing for people to become too dependent on the government,” said one poll respondent. “But this whole freedom thing is kind of abstract compared to actually getting stuff for free. I mean, take the 10 million free phones the government has given out. A phone is something I can hold in my hand. I can use it to call my friends, play video games, download tunes—you know, have fun.”

“Freedom might have been important to people when they were fighting taxation without representation in 1776, but what’s that to me here and now?” asked another poll respondent. “I don’t have to pay taxes, but I still get to vote. My vote counts just as much as the sap who has to work. Shouldn’t I use it to keep the free stuff coming?”

Of course! That’s only fair, fairness is the most important of all our constitutional rights and I am entitled to be treated at least as fairly as anyone else.

My wife and I own our own home and have no mortgage. However, we still have to worry about buying gasoline.  We need Him to buy it for us. Using my new Obamaphone, I will telephone Him each time we need gasoline so that He can take care of it for us.

Food stamps probably can not be used here in Panamá, but money is needed for buying food, booze and all of the other wonderful stuff for which they can be exchanged in the United States. Hence, instead of food stamps, I need money;  just five hundred dollars per month will be just about right. 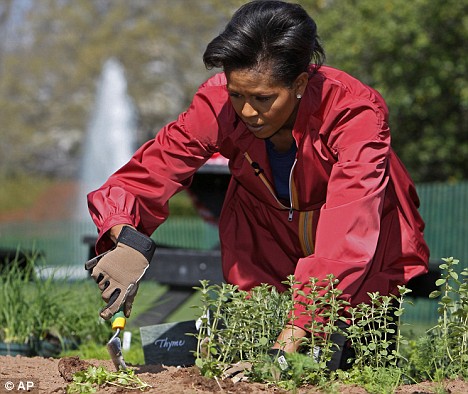 Mrs. Obama has a home vegetable garden on the White House grounds and doubtless enjoys toiling there with her very own hands. She probably does not have to buy the seeds, fertilizer, shovels, trowels, rakes and other necessary gardening implements. Trying to emulate our beloved First Lady, I also have a small vegetable garden and need some of that stuff too. If shipping costs are too high, President Obama can just send me five hundred dollars or so from His stash and I will purchase everything that I need here.

Since I retired in 1996, my wife and I have not had even one vacation (defined as taking time off from work to go somewhere pleasant). It’s been a long time and I need suitable employment so that we can finally have a proper vacation. I’ll do almost any kind of work that I enjoy, provided I can do it at home. President Obama can easily give me a job watering our vegetable garden; even paying me just the minimum wage will be fine. My wife and I will also need free flights on military executive aircraft to the (pre-paid) luxury resort where His lovely wife and kids most recently vacationed. That will be only fair and our most important constitutional rights are hence at stake.

President Obama has plenty of money in His stash and plans to give four hundred and fifty million dollars from it to the Moderate Muslim Brotherhood’s Egypt. Egypt and Panamá where we live are the same in that both are located outside the United States. The Brotherhood stands for moderation and brotherhood; since President Obama is big on moderation and brotherhood, those delightful people are His kind of people. I also approve of brotherhood and moderate moderation.  It has not been revealed how many of our new, non-toxic and highly flammable flags he plans to include with the cash shipment, but they will have to come out of His stash as well. His stash is limitless and I need some of it too; it’s only fair to give it to me and I will be happy with even less than the Moderate Brotherhood is to receive.

I expect Him to promise to give me everything I need, because I know that He is the candidate of fairness and never fails to keep his promises. However, He has to promise me these things, in writing, to persuade me to vote for Him in November.

I was graduated from Yale University in 1963 with a B.A. in economics and from the University of Virginia School of law, where I was the notes editor of the Virginia Law Review in 1966. Following four years of active duty with the Army JAG Corps, with two tours in Korea, I entered private practice in Washington, D.C. specializing in communications law. I retired in 1996 to sail with my wife, Jeanie, on our sailboat Namaste to and in the Caribbean. In 2002, we settled in the Republic of Panama and live in a very rural area up in the mountains. I have contributed to Pajamas Media and Pajamas Tatler. In addition to my own blog, Dan Miller in Panama, I an an editor of Warsclerotic and contribute to China Daily Mail when I have something to write about North Korea.
View all posts by danmillerinpanama →
This entry was posted in Begging, Constitution, Democracy, Democrats, Dignity, Discrimination, Elections, Fairness, Food stamps, Gasoline, Good stuff for everone free, Government reliance, Humor, Julia, Money, Mortgage, Muslim Brotherhood, Obama, Obamamas, Obamaphone, Opinion, Panama, Politics, Racism, Respect, Satire, Snark, Socialism, Society, travel, United States, Vacation, Vegetable garden, White House and tagged travel, vacation. Bookmark the permalink.