Posted on 9 December 2012 by danmillerinpanama

No end is in sight as the United Nations directs the U.S. to
negotiate a peaceful settlement.

Following years of demands by la Raza that the United States relinquish all occupied territories to Mexico, missiles began falling on El Paso, Texas and neighboring areas north of the border between Texas and Mexico during the early morning hours of December 6th. Under the previous administration, the United States had imperiously ignored all such demands and no significant progress toward returning the territories to Mexico had been made even under the current administration. Due to the persistent failure of the imperialist United States to agree to a peaceful negotiated settlement, Amigos de la Raza in Juarez, Mexico understandably found it necessary to take appropriate action. No spokesperson for Amigos was authorized to speak to the press. However, informal off the record remarks made it clear that El Paso had been selected because too many Mexicans could have been injured if the missiles had been directed toward occupied territories in California. It has not yet been possible to calculate the death toll in the El Paso area because the MOP (Missiles of Peace) continue to strike.

Some right wing conspiracy theorists have suggested that the missiles may have been supplied to Amigos de la Raza and affiliated cartels such as the Vicente Carrillo Fuentes Organization during Fast and Furious. Attorney General Holder declined to comment beyond observing that he had no information to that effect and that when facts are lacking right wing extremists can be counted upon to spew lies.

Israeli Prime Minister Netanyahu, speaking from Tel Aviv, expressed solidarity with the United States while wiping tears from his eyes. (NOTE: Earlier reports had suggested that the tears had been shed during uncontrollable fits of laughter when PM Netanyahu heard the news. However, an aide to the PM brushed off the suggestion: “The PM laughs only at stuff he thinks is really funny.”)

PM Netanyahu did not offer the United States any of Israel’s WMDs (Weapons Minimizing Destruction) because Israel recently had to use some and can’t spare any. Instead he suggested that the United States should halt construction in all occupied territories (including not only in Texas but also in California, Arizona and New Mexico) as the best road map to peace. He noted Israel’s smashing successes in negotiating with her peace partner, Hamas, following Israeli acquiescence in similar suggestions from United States and other bastions of freedom, democracy and peace around the world.

The U.N. General Assembly, called into emergency session by Mexico on December 8th, voted almost unanimously, the United States abstaining, in favor of a resolution demanding that the United States refrain from retaliation — including the non-proportional use of warning sirens and construction of bomb shelters in affected areas — and negotiate in good faith with the sovereign nation of Mexico. Should such negotiations appear to be moving in a fruitful direction, the General Assembly will consider sending peace-keeping forces from Egypt and Iran to El Paso and other affected areas within the occupied territories.

President Obama will continue to monitor the situation from time to time as he deals with more important matters of state, including discussions with top economic advisers on how best to blame the Obstructionist Party for fiscal cliff unpleasantness. He was heard to giggle while rejecting a tearful plea from House Speaker Boehner that he please not do that. A statement by the President’s Deputy Assistant Under Secretary for Press Control made it perfectly clear that President Obama often chews gum, walks, talks and monitors important developments simultaneously. Secretary Clinton, busy attending to crucial matters of foreign policy, could not be reached for comment. 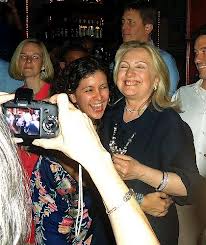 However, Susan Rice, the U.S. Ambassador to the U.N., stated that she had abstained from voting because the White House had not told her that there was to be a vote, what it was about or what to do where. She stated that as soon as the necessary information and instructions are provided she will vote on any subsequent resolution as directed by President Obama.

I was graduated from Yale University in 1963 with a B.A. in economics and from the University of Virginia School of law, where I was the notes editor of the Virginia Law Review in 1966. Following four years of active duty with the Army JAG Corps, with two tours in Korea, I entered private practice in Washington, D.C. specializing in communications law. I retired in 1996 to sail with my wife, Jeanie, on our sailboat Namaste to and in the Caribbean. In 2002, we settled in the Republic of Panama and live in a very rural area up in the mountains. I have contributed to Pajamas Media and Pajamas Tatler. In addition to my own blog, Dan Miller in Panama, I an an editor of Warsclerotic and contribute to China Daily Mail when I have something to write about North Korea.
View all posts by danmillerinpanama →
This entry was posted in 2016 Obama's America, Ambassador RIce, Boehner, Border closings, Clinton, Conspiracy theories, Democrats, El Paso, Free Press, Humor, Israel, Juarez, la Raza, Mexico, Missile launch, Netanyahu, Obama, Palestine, Palestinian heroes, Politics, Right wing extremists, Satire, United States and tagged middle-east. Bookmark the permalink.