A Librul Tries to Grow Pineapples.

Posted on 2 January 2013 by danmillerinpanama

This is a guest post by Senator Ima Librul (D., Utopia) on the fine art of growing pineapples.

I am a Librul and justly proud of the great good we are doing for the entire World. This is my creed: it is irresponsible to be concerned about the future when our own leaders and our other experts tell us that only good things will happen if we do exactly as they say. The brightest and best, we are never wrong! Don’t think. Don’t question. Just follow our Dear Leader.

My small garden had thirty pineapple plants. Twenty of them had little baby pineapples, all but one of which I knew would ripen over the next few months. That one had already turned brown, shriveled and died due to lack of water. Something had to be done and done quickly; they couldn’t wait. With my advanced degree from Harvard and extensive background in gender-neutral race policy studies, I knew exactly what to do and did everything I could have possibly done.

Watering the garden is lots of hard work: unwind the hose, connect one end to the faucet, snake the hose through the chicken wire fence, connect the other end to the sprinkler, walk back and turn on the water. Then adjust the flow to make sure the water goes only where it should and none is wasted. It took almost five minutes and I had lots of other important work to do. I let the sprinkler run for about two hours but when I went back to turn it off the water flow had dropped to a trickle. Oh well.

Preoccupied with my pressing duties as Chairperson of the World Fairness Sub-Committee, I couldn’t think about the pineapples again for a few weeks. Then, the weather forecast called for rain. It didn’t rain that day but the forecast was for rain the next day. Since weather forecasters are highly skilled specialists with all of the most modern equipment, and since the chance of rain had been at least fifty percent that day and was fifty percent the next, it stood to reason that the chance of rain the next day was at least one hundred percent. Great! No need to bother watering the garden and I had an urgent public disarmament caucus meeting to attend.

The days passed and still no rain. Five more baby pineapples had shriveled and died but there were still fourteen left. Once again, I arranged the sprinkler and turned it on. Then I saw some dark clouds and it sure looked as though it would rain, so I watered the garden for only five minutes and left for the Hill to chair my Sub-Committee on Immigration Reform and Voter Registration. 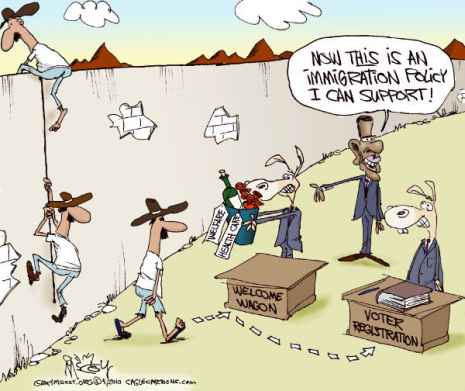 This will be So Great!

Still, no rain. But, it had to come soon. I knew Gaia would help.

A couple of weeks later, no rain having come, I was about to water the garden but this time the weather experts predicted a seventy percent chance of rain. Why bother? Again, no rain. The forecast for the next day was the same so I didn’t water the garden. With a one hundred and forty percent chance of rain, that would only have wasted Gaia’s precious bodily fluids. Same result.

By then there were only five of the original twenty small pineapples left and they all looked brownish. However, the forecast was again for rain. This time there was a seventy-five percent chance. Same result. However, I couldn’t water the pineapples the next day because I had to return to my Fair State of Utopia for a fund raiser and to explain how President Obama would avoid the Republican Fiscal Cliff. He is way cool and those Republicans are really stupid. They ultimately caved at the last moment just as I knew they would. I can’t wait for the debt ceiling debate to start. Boy! Are we going to sucker punch them again!

This process continued until the ground had become parched and all of my small pineapples were brown and shriveled. I could not possibly have done better. Hadn’t I tried really hard and relied on forecasts of rain from the most credible experts? After all, it would have been sinful in the eyes of Gaia to waste water when rain was predicted and besides, I was very busy with crucial matters of national importance.

Things will turn out great next year when I buy a better sprinkler. This time I’ll take some money from my campaign funds and get a really expensive one. On second thought, I’ll do something even better and so environmentally sound that it will help to prevent any more climate change! I’ll need lots of expensive stuff for a big greenhouse and tons of horse manure, but it will make me look great! I’m sure that President Obama will help me. He is very wise, knows everything and I even have a personally autographed photograph of just the two of us together in his Oval Office. I’ll call it an environmental-sanity pilot program, he will provide all that I need and it won’t cost even a penny! I’ll call him right now.

This came today via e-mail:

In 2013, both Groundhog Day and the State of the Union address will occur on the same day. This is an ironic juxtaposition of events. One involves a meaningless ritual in which we look to an insignificant creature of little intelligence for prognostication. The other involves a groundhog.

I was graduated from Yale University in 1963 with a B.A. in economics and from the University of Virginia School of law, where I was the notes editor of the Virginia Law Review in 1966. Following four years of active duty with the Army JAG Corps, with two tours in Korea, I entered private practice in Washington, D.C. specializing in communications law. I retired in 1996 to sail with my wife, Jeanie, on our sailboat Namaste to and in the Caribbean. In 2002, we settled in the Republic of Panama and live in a very rural area up in the mountains. I have contributed to Pajamas Media and Pajamas Tatler. In addition to my own blog, Dan Miller in Panama, I an an editor of Warsclerotic and contribute to China Daily Mail when I have something to write about North Korea.
View all posts by danmillerinpanama →
This entry was posted in 2016 Obama's America, Boehner, Climate change, Debt limit, Fiscal Cliff, Government reliance, Insanity, Kiking the can down the road, Libruls, Obama, Pigs can now fly, Pineapples, Politics, United States, Vegetable garden and tagged chance of rain, climate, weather forecasters. Bookmark the permalink.

8 Responses to A Librul Tries to Grow Pineapples.