Posted on 10 February 2013 by danmillerinpanama

It ain’t easy being green.
But the rewards can be many.

Much of the information for this report was provided by one of my confidential informants on Middle Eastern affairs, Sheik Mohamed ali-Baba. In the interest of full disclosure, the Sheik on October 16th announced the al Qaeda endorsement of President Obama for reelection

as necessary for the survival of the United States under Islam. According to the Sheik, he is the only candidate who understands the beautiful truths of Islam and hence of al Qaeda.

The vast right wing media conspiracy has expressed much pleasure mingled with anger over what it wrongly claims was President Obama’s decision to go to bed rather than deal with “the Ben Ghazi Disaster” on September 11th of last year. Finally, the truth can be revealed.

The “Ben Ghazi Disaster” now makes no difference. What President Obama really did on the evening of September 11th makes a tremendous difference now and will for the foreseeable future. He attended to a matter infinitely more important to the national security than Mr. Ghazi’s inconsequential discomfort. Only President Obama had the courage and insight to do it — proving once again and for all time that he is the greatest foreign policy genius ever to honor the office of President of the United States by occupying it.

When President Obama retired to his humble family apartment in the White House attic, he did not go to bed immediately. Instead, he placed a person-to-person call to Ayatollah Ali Khamenei, Iran’s Supreme Perpetual Leader (whom he admires greatly but whose perpetual supremacy he denies seeking to emulate) to discuss the final solution to Iran’s thus far ineffective — and hence wasteful — efforts to obliterate the Zionist regime by using nuclear power to generate electricity.

The Sheik provided a transcript of their conversation prepared by an anonymous hacking consortium based in the Islamic Republic. Here it is.

BO. I’m sorry. Somebody should have told me that you are in a different time zone. But this is too important to wait and besides I will be very busy tomorrow with other crucial matters of state. You keep Ahmadinejad. I already have enough troublemakers to deal with.

Getting right down to business, I have a proposal that your Supreme Perpetual Leadership will be pleased to accept on behalf of your beloved people. Iran will have no further need for Uranium enrichment to generate electricity. And, of course, just as soon as it is halted we will not only eliminate all sanctions but will also dispatch vast shiploads of aid to your unfairly beleaguered nation. Interested? Wait! There is even more. We are laying the groundwork to send enough foreign aid to Egypt for it to buy some of the Uranium you have already enriched as well as some of the marvels of Iran’s superior technology that your brilliant scientists have produced for that purpose. There will probably be other interested nations and non-governmental organizations as well!

SPL. Get on with it. I’m listening.

BO. Soon after I begin my second term as President, I shall dispatch former Vice President Gore and other green energy advisers to help your people turn Iran into the world’s first truly green Islamic paradise. They will help the Iranian People to use the rays of the very sun and wind that Allah created, just for His People, to make Iran the richest and most beloved nation ever.

SPL. What about the hateful Zionist pigs? That’s the whole point of enrichment!

BO. I was just getting to that. My plan is so uniquely wonderful that even Your All Wise Supreme Perpetual Leadership will be amazed.

As you surely know, Israel has been at the forefront in using green resources to turn what was once a barren desert into a rich and fertile land of milk and honey. That made the Palestinian homeland unsuitable for its historic owners and was worse than merely disgusting. Those Zionist monkeys thought they knew everything! Together, we will show them!

I will make the vile Zionist desecrators stop their unlawful occupation when I meet that Zionist crusader monkey Netanyahu, despised by the almighty Allah, by telling him that the United States will send Israel all of her surplus oil and natural gas and that he will accept, pay for and use it gratefully. He has no idea what’s good for his perverse Zionist regime, but at least he knows what’s good for him; he’s becoming an expert on drones and will of course accept my offer as soon I make my position clear enough even for one of his great density to understand.

In exchange, the Zionists will turn over all of their green technology and other resources —  which they will no longer need — to the Islamic Republic of Iran.

As the Zionists binge drunkenly on oil and natural gas, the occupied territories will once again become barren deserts fit only for camels, goats and other Palestinians. 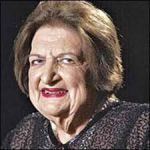 The filthy Zionist monkeys will abandon them and go back wherever they came from so that the Palestinians can again live in a free and democratic nation of Islamic happiness on the lands the vile Zionists stole. I must in all humility confess that I got the beginnings of this brilliant One State Solution from Helen Thomas, the greatest humanitarian the American press has ever produced.

SPL. OK, I’ll bite. Who are you going to send to negotiate with me?

BO. Senator Kerry. He wants to replace that bimbo Clinton as our Secretary of State but I’ll think of someone even better. Maybe that Code Pink woman or Jane Fonda.

SPL. OK. The North Vietnamese played Kerry for the sucker that he is, so we can do business with him. How about sending John Brennan along? Kerry needs a little remedial help on understanding the unique greatness of Islam and we like Brennan very much — as do all of our beloved and equally moderate Islamic colleagues.

BO. OK. Brennan has been pestering me for an appointment as CIA director when we get rid of a publicly disgraced Petraeus right after my reelection, but Brennan can do more important work with you and Kerry than he could ever do at the CIA. That’s a great plum to offer instead, sweetened even more with an offer of the ambassadorship to The Islamic Republic. Maybe Barney Frank will make himself available for the CIA. He’s in complete agreement with my policies for bringing our decadent old CIA into the twenty-first century — excuse me, I didn’t mean to get into that. It’s a very sensitive matter of national security.

SPL. No problem and I understand completely. Frank will rebuild the CIA in ways perfectly suited to the future we want the United States to have and Brennan will be welcomed as your ambassador.

BO. Then it’s settled? We have a deal?

SPL. Of course we do, Insha’Allah. Now go get some sleep so you’ll be fresh for the campaign trail tomorrow morning. You will win and so will we, Insha’Allah!

Following the successful conversion between those two massively great world leaders, President Obama went to bed and enjoyed his recurring dream of assuming his proper place in the United States while transforming it into a true Islamic democracy.

He was, as we all now know, reelected to his second term in office and will visit the Zionist regime in the early Spring to tell Netanyahu what to do. They have already agreed on the framework for their talks and Netanyahu has stated

“This will be a very important visit that will emphasize the strong alliance between Israel and the US.”

“I think that the importance of this alliance stands out even more given what is happening, in light of the great revolutions, the earthquakes that are taking place around us throughout the Middle East, from the Atlantic Ocean and North Africa and eastwards to Iran.”

Although the report linked immediately above reveals no details of the September 11th conversation between President Obama and the Supreme Perpetual Leader, it does observe that

Netanyahu said that he and Obama had “discussed the visit” and agreed on the subjects on which they will focus during their talks: Iran’s attempt to arm itself with nuclear weapons; the unstable situation in Syria and its consequences for the security of the region; and efforts to advance the peace process between Israel and the Palestinians.

The situation in Syria must, of course, be included in any discussion of the One State Solution to all regional problems because that nation will soon be a part of it. Perhaps in anticipation, calm appears already to be coming to the Syrian border as the Zionist regime reduces its aggressive activities there and Washington has again declined to send armaments to the so called rebels in Syria.

Khamenei’s Iran has put off external talks on denuclearization in the expectation that PM Netanyahu will follow President Obama’s instructions immediately. President Obama and the Supreme Leader will be entitled to full credit for creating the new Caliphate which the region needs so badly. 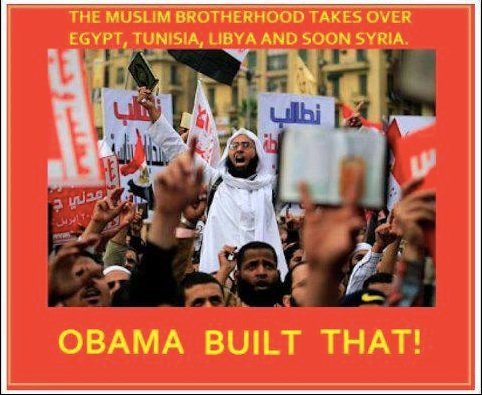 I was graduated from Yale University in 1963 with a B.A. in economics and from the University of Virginia School of law, where I was the notes editor of the Virginia Law Review in 1966. Following four years of active duty with the Army JAG Corps, with two tours in Korea, I entered private practice in Washington, D.C. specializing in communications law. I retired in 1996 to sail with my wife, Jeanie, on our sailboat Namaste to and in the Caribbean. In 2002, we settled in the Republic of Panama and live in a very rural area up in the mountains. I have contributed to Pajamas Media and Pajamas Tatler. In addition to my own blog, Dan Miller in Panama, I an an editor of Warsclerotic and contribute to China Daily Mail when I have something to write about North Korea.
View all posts by danmillerinpanama →
This entry was posted in 2016 Obama's America, 9-11, Ahmadinejad, Al Gore, Atomic bomb, Church of Global Warming, Clinton, Code Pink, Conservatives, Democracy, Egypt, Elections, Facts, Foreign aid, Helen Thomas, Humility, Iran, Islamist rage, Israel, Jane Fonda, Jews, John Brennan, John Kerry, Khamenei, Media, Muslim Brotherhood, Muslims, Netanyahu, Obama, Palestine, Palestinian heroes, Renewable Energy Source, Right wing conspiracy, Satire, United States and tagged ayatollah ali khamenei, libya, middle-east. Bookmark the permalink.