Posted on 26 May 2013 by danmillerinpanama

My confidential White House informant, The Really Honorable I.M. Totus, has provided this advance copy of the non-partisan Memorial Day address
which he is programming President Obama to deliver.

Some far right-wingers may be shocked at what President Obama plans to say and may even consider it a bit over the top. However, it is wonderful to learn that he intends to meet his own personal goal of explaining things precisely as he sees them rather than hiding behind disgarded notions of political correctness and reverence for the past. Honesty is no longer merely the “best policy.” Now it is obviously his own personal policy as well. 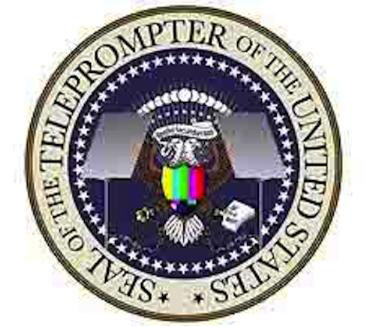 My fellow Americans, I stand before you on this historic occasion to remind you that the values for which our brave troops — as well as brave folks everywhere — fought and occasionally died also had an even more important purpose and meaning.

Now that I have killed Osama Bin-laden and vanquished al Qaeda as a force for evil in our brave new world, I have ended the costly, consistently misguided, war on terror. I have done so because the future belongs not to those who disparage the holy words of Islam but to those who cherish them as I humbly do. I urge all of you, my loyal subjects, fully to support my efforts to bring to fruition the humanitarian efforts of the United Nations to ban all disparagement of Islam.

Soon after I became your President and Commander in Chief, I spoke on your behalf in Cairo, Egypt, to praise the beautiful advances uniquely made by Islam in mathematics, science and art. Due to my efforts, an even better future lies ahead for all. Today, we must remember fondly all who fought and died for noble values, whether foreign or domestic. With your help, my Administration will be absolutely victorious.

In anticipation of my victory in transforming not only our nation but the entire world, I have ordered that all flags of the United States be flown at half-staff today. I am made immensely proud and even more humble — if that is possible — because I will soon be placed in nomination for a second — equally well deserved — Nobel Peace Prize. I owe much of it to you, my devoted subjects.

The lyrics to Hail to the Chief have been distributed to all here present, and will be clearly sung on radio and television for those at home, as the Muslim Brotherhood Band plays the music here. Please, all rise and sing as I shall lead the way.

We still have much to do.

Due to the heroic efforts of the Administration I lead, the most significant, if not only, threats now facing us are the Faux News – Republican War on Women and Man Made Global Warming; not Woman Made, but Man Made. The obstructionist Republicans — denying not only the indisputable evil of both but even their very existence — continue their foul deeds while accepting no personal responsibility for them. As they try to delay common sense actions to halt Man Made Global Warming, it continues to kill and otherwise harm innocent people everywhere — as recently happened in Oklahoma.

We must fight on the beaches, we must in the valleys, we must fight in the mountains; we must fight in the cities, in the towns and yea, even in the once hallowed halls of a now sadly partisan Congress. The full resources of our brave military men, women and others will henceforth be devoted to this fight; we shall never, ever surrender to the forces of darkness, obstruction and evil.

It is only appropriate for me to announce my innovative plans today in memory — and yes, in honor — of the brave heroes who went before to lead my way. I am confident that some day, perhaps soon, you will think of me — with a few tears and even sobs — just as you now honor those who went before to show me how best to lead you, my beloved subjects. We are not yet at the beginning of the end, but with your help we are already at the end of the beginning. Now, we must all unite to fight our nation’s greatest battles. That is the least we can do for those who fought and died — for us — even if due to the stinginess of Republicans we can to do no more.

Man Made Global Warming must stop.

Tomorrow, I shall issue an executive order that all Federal agencies reduce the temperatures in their offices to sixty-eight degrees during the Winter and raise them to seventy-two degrees during the Summer; our civil servants — loyal patriots all — are certain to welcome this opportunity for great personal sacrifice.

By another executive  order, all Federally owned and operated vehicles — make no mistake about it, that includes those owned by my Department of Defense and operated by my military — will be required to become solar powered by the end of 2014. All vehicles owned or operated by State and local governments must meet the same common sense requirements or I shall cut off all Federal funding to them. To avoid having any wasteful fossil-fueled vehicles currently used fall into enemy hands, they will be burned or otherwise rendered useless in environmentally friendly, or at least environmentally neutral, ways.

By a separate order, I shall direct both houses of the Congress to authorize un-personed aerial vehicles to deal appropriately with all United States Citizens whom I may determine to be using excessive electricity, oil, gasoline or coal or otherwise contributing to the scourge of Man Made Global Warming.

The abominable Man Made War on Women must stop.

I intend promptly to direct the United States Congress, including even what some wrongly refer to as “the People’s House,” to enact legislation designating the Faux News – Republican War on Women as a terrorist activity and imposing stringent penalties on all enemy combatants who assist or give aid and comfort to any of our enemies engaging in it.

Tip of the hat to PowerLine.

The legislation will enable my Administration, under my always firm and transparent control, to use the tools we so badly need — appropriately armed un-personed aerial vehicles — to fight those terrorists and their enablers. The fight will be long, hard and bloody, but we shall win; we have no choice. With your help, my Administration and our drones shall prevail!

In addition, since our needs for military might to repel so-called “radical extremists” from overseas have ended due to my efforts and those of my Administration, most members of the military will be transferred to, or otherwise encouraged to find employment with, our national police forces — including the Department of Homeland Security and even state police forces where appropriate. They will be invaluable in our continuing battle against the ravages of the terrorist War on Women.

He vowed to wind down further military actions in the war on terror, arguing he can protect America through law enforcement actions, instead, as if the threat comes from bank robbers or other common criminals.

I am justly proud of my historic efforts to improve our nation’s domestic law enforcement and plan to continue them just as I said just a few moments ago.

Finally, I now ask — I beg — you, my fellow American Citizen of all races, creeds, colors and places of national origin, to join with me in ensuring that my plans for our bright new future, as summarized above and as I shall at appropriate times augment, are fully implemented to ensure a far better America for all.

God Bless America, each and every one of you and all with whom united we stand. We shall now hear the most beautiful rendition ever of our New National Anthem, sung by Beyoncé, my favorite songstress.  All who are still able to do so, please rise.

Work with me and together we will ensure that better days are coming soon. Thank you and good day.

Is this where we are? Are we content with being there?

I was graduated from Yale University in 1963 with a B.A. in economics and from the University of Virginia School of law, where I was the notes editor of the Virginia Law Review in 1966. Following four years of active duty with the Army JAG Corps, with two tours in Korea, I entered private practice in Washington, D.C. specializing in communications law. I retired in 1996 to sail with my wife, Jeanie, on our sailboat Namaste to and in the Caribbean. In 2002, we settled in the Republic of Panama and live in a very rural area up in the mountains. I have contributed to Pajamas Media and Pajamas Tatler. In addition to my own blog, Dan Miller in Panama, I an an editor of Warsclerotic and contribute to China Daily Mail when I have something to write about North Korea.
View all posts by danmillerinpanama →
This entry was posted in 2016 Obama's America, Beyonce, BInders full of women, Church of Global Warming, Congress, Democrats, Executive Decree, Executive Order, Federal Agencies, Feminists, Global Warming, Government reliance, Humor, Insanity, Libruls, Memorial Day, National Anthem, Nonsense, Obama, Political Correctness, Politics, Satire, TOTUS, United States, War on women and tagged al Qaeda, barack obama, cairo egypt, Congress, mathematics science, Memorial Day, Republican War, right wingers, United States, United States Congress. Bookmark the permalink.