Posted on 15 July 2013 by danmillerinpanama

Even First Lady Michelle would caution against consuming
an entire ten course meal in one mouthful and direct
instead that each bite be chewed separately and thoroughly,
swallowed cautiously and then digested. 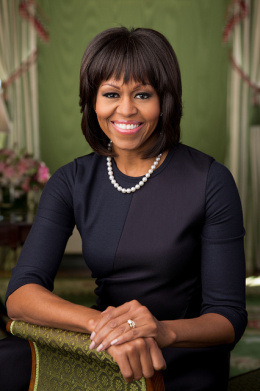 Comprehensive immigration reform has more than ten courses, yet we are in danger of swallowing an entire garbage pail full
without even examining the contents.

Addressing all aspects of complicated matter in one swell foop, demanded quickly because “we can’t wait,” often turns out to have been a serious blunder. That happened with ObamaCare and could easily happen again should comprehensive immigration “reform” produce an even worse situation than now exists — a likely event.

ObamaCare was enacted as comprehensive (and incomprehensible) legislation to remake health care in the United States. It passed despite widespread ignorance of its contents, meanings and likely consequences. We were told that it had to be passed so that we could know what was in it.

Well over one thousand pages long, ObamaCare was read carefully and entirely by few if any, even of the Honorable Members who voted for it. Perhaps they took San Fran Nan’s advice to heart. However, she was at best only minimally truthful. Implementing regulations, already more voluminous than even the legislation, continue to be written years after passage. Accordingly, we still don’t and still can’t know what’s in ObamaCare or what it means. Recently, the Obama Administration delayed the important employer mandate until after the 2014 elections. That — along with previous waivers — suggests that the entire comprehensive statute as written is not now and never can become viable.

In addition, ObamaCare was enacted pursuant to congressional authority under the Commerce Clause because to characterize it as a “tax” was deemed politically fatal. Despite having Democrats in control of both houses of the Congress, it probably could not have passed as a tax.

Soon after the text of Supreme Court’s decision became available, I wrote here and then here about what I consider to have been substantial flaws in the majority decision which, among other errors, took excessive liberties in interpreting a congressional enactment. It did so because the authority of Congress to tax is far broader than its authority to regulate interstate commerce; the majority rejected congressional reliance on the Commerce Clause to support the individual mandate and found the only way it could uphold it under the Constitution, as a tax. According to the majority opinion written by Chief Justice Roberts,

The question is not whether that is the most natural interpretation of the mandate, but only whether it is a “fairly possible” one.  As we have explained, “every reasonable construction must be resorted to, in order to save a statute from unconstitutionality.” The Government asks us to interpret the mandate as imposing a tax, if it would otherwise violate the Constitution. Granting the Act the full measure of deference owed to federal statutes, it can be so read . . . . [Emphasis added.]

ObamaCare, an unhealthy and enormous ten course meal, got shoved whole down our increasingly collective throats without being chewed. It has caused and will continue to cause massive indigestion and worse until eliminated.

Reform is needed. For example, our southern border through which most illegals enter is poorly controlled and welfare benefits — advertised by “our” Federal government with help from the Mexican government — are available for little more than the asking to those who enter illegally. However, for foreigners to obtain various types of visas lawfully is cumbersome, expensive and often requires years of waiting if visas are eventually granted at all. Then, after visas are granted, little is done to determine whether they have expired or to ensure that holders leave the country when their visas expire without renewal. Needed reforms to resolve problems such as these and others cannot and will not be addressed comprehensively because they are too contentious for resolution as part of a “bipartisan” package.

This promotes “reforms” that are not only unnecessary but also unwise, proposed in hopes that a bipartisan compromise may permit claims to be made that “we did something to help.” If that does not work, perceived “unfairness” can be labeled as the fault of racist obstructionists.

The immigration legislation recently passed by the Senate and urged upon the House is no less comprehensive and no less confused, confusing and detrimental to the nation than was ObamaCare. Many Republicans, generally Republicans in Name Only (RINOs), apparently believe that something comprehensive — and on that account sufficiently murky and confusing — has to be passed to satisfy or at least to placate low information voters with assurances that they did “something good” for Hispanics.

As with ObamaCare, the Senate’s comprehensive legislation — and quite likely anything else comprehensive along even vaguely similar lines that emerges from the House — depends upon the subsequent promulgation and enforcement of voluminous regulations. They will likely provide (as has become customary) excessive discretionary powers for the regulators while giving only lip service to important matters such as as border security, limitations on welfare and the like for newly “legalized” immigrants — thereby promoting still more unlawful entry.

As with ObamaCare, those in favor of such legislation are prepared if not anxious to abdicate their legislative functions to unelected apparatchiks employed by various governmental entities. The apparatchiks will then continue to behave consistently with the core “democratic” principle of garnering more Democrat voters from previously unlawful immigrants — who tend to be even less well informed than most other low information voters about our history, our culture, our rule of law, our Constitution and what it prescribes and proscribes.

The Republican Party is now the opposition party. It is the proper function of the opposition to oppose unnecessary as well as otherwise bad legislation and to work for legislation that is both necessary and good. Instead, it appears that, seeking the praise and votes they hope to gain by behaving in bipartisan fashion, some members support legislation sufficiently “bipartisan” to go to joint House-Senate conference and emerge with adequately disguised and/or facially pleasing elements to pass both houses and confuse voters at least until new regulations — likely amorphous as well as excessively discretionary — are eventually promulgated and implemented “as the Secretary/Administrator/Commission shall deem appropriate.” If the Republican House does so it will have demonstrated, again, that many RINO incumbents need to be replaced, the sooner the better. 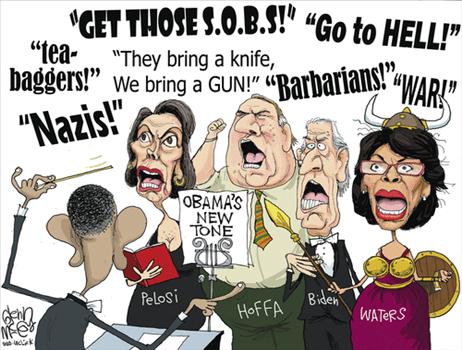 Republican Senator Rubio is an important member of the Senate Gang of Eight which wrote and pushed for passage of the Senate bill. In a recent Power Line article titled Rubio’s Standing Among Republicans Takes a Big Hit, it was reported that

Nate Silver looks at two polls — the only two, he says — that test Marco Rubio’s popularity in the aftermath of the Senate having reached the final stages of passing a comprehensive immigration reform bill. One poll is by Rasmussen; the other by ABC News/Washington Post.

Both find a double-digit drop in Rubio’s net favorability rating among Republicans. Rasmussen finds that Rubio’s favorability rating with this group dropped from 58 percent to 42 percent between early May and late June of this year. ABC News/Washington Post finds a decline from 43 percent to 25 percent since last August.

I am disappointed but little surprised that Senator Rubio’s standing has not fallen more than the polls indicate.

As observed by the Heritage Foundation,

House Speaker John Boehner (R-OH) has said the House will not take up the same bill the Senate passed—but there is still a danger in trying to work with the Senate.

If the House simply tries to pass a bill so that it can come together with the Senate in conference—informal or formal—Congress will likely tinker around the edges of the Gang of Eight’s plan and give us the immigration version of Obamacare.

As Heritage experts have explained, Congress can address every major aspect of immigration reform and border security without a comprehensive bill. [Emphasis added.] [But most likely will not.]

It would be great were each aspect to be addressed, not only separately but also without “horse trading” to secure votes for “desirable” elements by voting for “undesirable” elements. To the extent that there is horse trading, the consequences can be much the same as with comprehensive legislation.

There are now bases for modest hopes that truly disastrous legislation will not pass because most Hispanic voters do not favor it. According to another recent article at Power Line,

A new poll undermines the conventional wisdom, relentlessly peddled by some Republican establishment types, that Republicans need to embrace Schumer-Rubio style amnesty in order to make headway with Hispanic voters. The poll, conducted by Republican pollster John McLaughlin, finds that, by a margin of 60 percent to 34 percent, registered Hispanic voters support granting legal status to illegal immigrants only when the goal of stopping 90 percent of future illegal immigration is reached. [Emphasis added.]

The Schumer-Rubio legislation grants legal status to illegal immigrants without regard to any metric of success in preventing illegal immigration. Indeed, as Andrew Stiles points out, the position favored by a strong majority of Hispanic voters is more hawkish than the one put forward by Senator Cornyn, but rejected by the Gang of Eight and its adherents. Cornyn’s amendment would have required a 90 percent border-apprehension rate before illegal immigrants, having already been granted legal status under the legislation, could apply for a green card. [Emphasis added.]

The poll also found that Hispanic voters oppose allowing illegal immigrants to obtain federal benefits, including Obamacare benefits, “while they are going through the legalization process and before the 90% goal is reached.” Here, the split was 56-40.

In addition, the poll explodes the notion that immigration is an overridingly important issue for Hispanic voters. For them, the issue ranked last in importance behind the economy, education, and health care. Among non-registered Hispanics, however, immigration ranked first in importance. That’s kind of scary, if you think about it. [Emphasis added.]

We need substantially more than modest hopes that unfortunate changes — so lacking in specificity and otherwise so incapable of being understood as to be risible — will not be enacted. We don’t need any more comprehensive legislation passed based on cries that “we can’t wait.” We do need very good reasons to think that will not happen and that instead necessary and actually bipartisan immigration reform that is good for the nation will pass.

Should that someday happen, perhaps most of the Honorable Members will gather in a joint bipartisan session, hold hands and sing Auld Lang Syne. That is a long ways off.

I was graduated from Yale University in 1963 with a B.A. in economics and from the University of Virginia School of law, where I was the notes editor of the Virginia Law Review in 1966. Following four years of active duty with the Army JAG Corps, with two tours in Korea, I entered private practice in Washington, D.C. specializing in communications law. I retired in 1996 to sail with my wife, Jeanie, on our sailboat Namaste to and in the Caribbean. In 2002, we settled in the Republic of Panama and live in a very rural area up in the mountains. I have contributed to Pajamas Media and Pajamas Tatler. In addition to my own blog, Dan Miller in Panama, I an an editor of Warsclerotic and contribute to China Daily Mail when I have something to write about North Korea.
View all posts by danmillerinpanama →
This entry was posted in 2014, 2016 Obama's America, Administrative Agencies, Auld Lang Syne, Cabinet offices, Commerce Clause, Democrats, Elections, Food stamps, Good stuff for everone free, Government and individual choices, Health Control, Hispanic, integration into society, Libruls, Mexico, Obama, Obama Dream Order, Pelosi, Politics, Power Line, Republicans, Voting and tagged barack obama, Commerce Clause, employer mandate, ObamaCare, Republicans, United States, United States Senate. Bookmark the permalink.