Analogies for ObamaScare — Another Rabid Rant

Posted on 16 November 2013 by danmillerinpanama

We must be really special to have the smartest person in the world in charge; or something.

The people in charge of Obamacare — and of the economy in general — are as intelligent and sophisticated as the financial experts illuminated by this video.

“Our” federally managed financial system resembles Obamacare, the Obama Maladministration and the insurance companies with which President Obama et al are currently dealing.

Here’s a more recent analogy from the wonderful world of federally regulated high finance. According to an article at Moonbattery titled Coming Next — Race Based Car Loans, the Consumer Financial Protection Bureau has proposed rules under which

car dealers must provide a proportionately equivalent number of car loans, at the same interest rate, to all racial groups, regardless of whether members of these groups are equally likely to repay the loan. Essentially, if Customer X has money in the bank and has never missed a day of work in his life, and Customer Y is living on welfare and just got out of jail, they must be regarded as equal credit risks if Customer Y is lucky enough to be black. [Emphasis added.]

Obviously, there are plenty of blacks who are good credit risks. Equally obviously, there are many who are not. You would have to spend your entire life sealed in a windowless room with no access to the outside world except a TV tuned to PBS not to know that there are cultural differences that make blacks as a group significantly less likely to repay their loans than whites.

To achieve the liberal conception of equality, these differences must be papered over by forcing car dealers to make bad loans, effectively subsidizing cars for those who don’t pay their bills at the expense of those of us who do pay our bills, because we will end up having to pay more to make up the loss. [Emphasis added.]

If all of this sounds familiar, you could be thinking of the Community Reinvestment Act, spawned by Carter but doubled down on by Clinton and Obama, by which the federal government forced banks to make mortgage loans on a racial basis lest they be accused of “redlining.” This was a primary cause of the 2008 economic crash.

Is this also a bit reminiscent of Obamacare?

Sure it is. But Obamacare will be OK soon because it appears that  we are on the way to compensating insurance companies for financial burdens they face because of federally imposed requirements that unnecessary and undesired medical coverage be provided. Single eighty year old male? Of course you should be required to buy, and insurance companies should be required to sell, approved medical insurance so that when you get pregnant you will be covered. Since (in most cases) one’s sex is by chance rather than by one’s choice, it’s only fair that somebody has to pay. 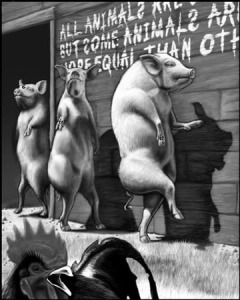 It’s unfair to have problems such as fifteen children and nobody (aside from local, State and Federal agencies) to support them; it’s not her fault, so Somebody else has to be held accountable! Therefore, let’s hold the rich White Republicans and their vile war on women accountable. Remember the binders full of women in which they imprison them? Not only that, they don’t believe in man-made climate change, which causes lots of unfairness for innocent people. They have no empathy and don’t realize that since all cultures and all people are equal — although some are more equal than others — the burdens the less equal impose on the more equal must be shared by the less equal.

Don’t worry, because by the end of President Obama’s time in office all will be well for everyone who is still being treated unfairly. 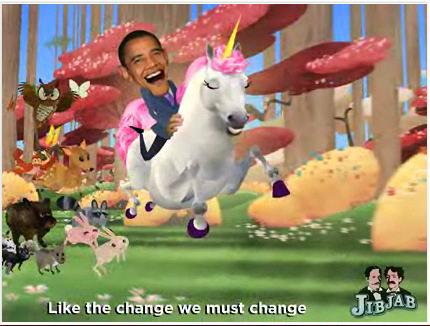 Here’s a graphic about ObamaCare and looting — tip of the hat to Jack Silver at Free Republic.

I was graduated from Yale University in 1963 with a B.A. in economics and from the University of Virginia School of law, where I was the notes editor of the Virginia Law Review in 1966. Following four years of active duty with the Army JAG Corps, with two tours in Korea, I entered private practice in Washington, D.C. specializing in communications law. I retired in 1996 to sail with my wife, Jeanie, on our sailboat Namaste to and in the Caribbean. In 2002, we settled in the Republic of Panama and live in a very rural area up in the mountains. I have contributed to Pajamas Media and Pajamas Tatler. In addition to my own blog, Dan Miller in Panama, I an an editor of Warsclerotic and contribute to China Daily Mail when I have something to write about North Korea.
View all posts by danmillerinpanama →
This entry was posted in 2016 Obama's America, Administrative Agencies, Begging, BInders full of women, Blacks, Climate change, Compassion, Conservatives, Corruption, Cultural differences, Democrats, Economics, Elections, Empathy, Fairness, Federal Agencies, Food stamps, Freedom, Government reliance, Health Control, Ideology, Law and Order, Libruls, Nanny state, Obama, ObamaCare, Orwell 1984, Political Correctness, Racism, Regulations, Republicans, Snark, the Basics, United States, voting rights and tagged Car dealership, Community Reinvestment Act, Consumer Financial Protection Bureau, Insurance, insurance companies, Loan, obama. Bookmark the permalink.

5 Responses to Analogies for ObamaScare — Another Rabid Rant