Merry Christmas! Enjoy it while (and if) you can. Many no longer can.

Posted on 25 December 2013 by danmillerinpanama

Benjamin Franklin said that we have a Republic if we can keep it.
We haven’t done a great job. What’s next? 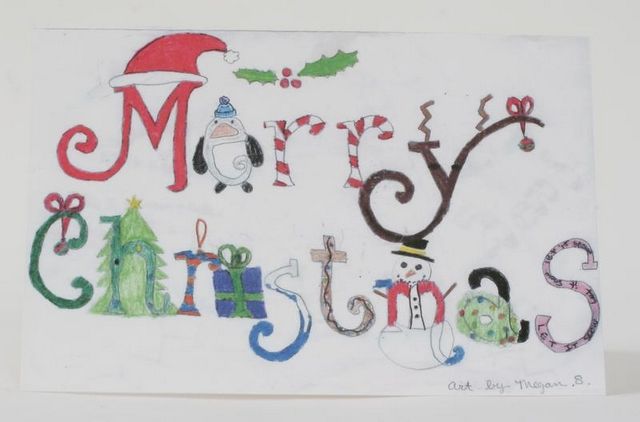 NOTE: This began as a guest post by the “Very Honorable” Senator Ima Librul, author of Thou shalt not insult politically correct religions, cultures or desires. The Christmas greeting that appears immediately above was taken from the first article linked below by the Senator.

Unfortunately, just as the Senator was about to add his final touches congressional duties called. He is currently researching advances in political correctness in the Caribbean, with particular reference to Cuba and Venezuela. Therefore, I had to take over, adding my own title, subtitle and comments at the end. If the result seems bi-polar, please remember that Mother Earth is as well.

[D]ozens of Prosper students didn’t get to deliver the Christmas cards they made for local veterans because of a VA policy against specific religious cards and phrasing. [Emphasis added.]

The cards are still in North Texas, and the writers are disappointed their thank you’s won’t be seen by the people they were intended for.

“I’m hoping that it might make their day because their family might live far away, and they might not have somebody to celebrate Christmas with and I’d like them to know they’ve not been forgotten and somebody wanted to say thank you,” said fourth grader Gracie Brown.

Gracie and her brother, Luke, put a lot of thought and effort into their Christmas cards.

“It includes ‘Merry Christmas,’ and when you open it up, it says ‘Thank you for your service’ and the American flag,” said Luke.

How dare they attempt to send unapproved holiday greetings to hospitalized, and therefore defenseless, veterans! Their greetings were multiculturally and politically incorrect and someone might have been offended. The VA administrator is to be congratulated for developing a wise policy to protect his/her/its vets against gratuitous insults. However, he/she/it should have told the students that Kwanzaa greetings would be multiculturally correct and therefore welcomed due to their inoffensive nature. Unfortunately, he/she/it seems to have neglected to do so. Maybe next year.

As for the obnoxious, intolerant brats, they should have sent messages urging the vets to buy ObamaCare-approved insurance for their families. That would have been politically correct — and therefore wholesome — juvenile conduct, certain to have been received warmly by the intended recipients.

Here’s a link to an article about a similar occurrence.

A group of high school students was told they could sing about Frosty the Snowman but not the Baby Jesus at the Charlie Norwood VA Medical Center in Augusta, Ga.

Students from the Alleluia Community School were banned from singing any religious-themed Christmas carols to patients including “Silent Night,” “Joy to the World” and “O Come All Ye Faithful.”

Instead, when they arrived to perform, the students were given a list of 12 Christmas songs provided by the hospital’s pastoral service that had been “deemed appropriate for celebration within the hearing range of all veterans.”

“Military service veterans, male and female, represent people of all faiths,” hospital spokesman Brian Rothwell said in a statement to the newspaper. “It is out of respect for every faith that The Veterans Administration gives clear guidance on what ‘spiritual care’ is to be given and who is to give it.” [Emphasis added.]

The VA said their policy is meant to welcome and respect all faiths while at the same time protecting them from “unwelcomed religious material.” [Emphasis added.]

Principal Funsch said his students, on principle, decided not to comply with the government-approved list of Christmas carols and they cancelled their concert.

That’s almost, but not quite, in keeping with the true spirit of the Unified State of Obama. Unfortunately, the VA still went astray. Frosty the Snowman clearly should not have been permitted. Frosty the Snowperson would have been gender neutral and hence slightly better. However, even with that helpful change, neither that nor other songs generally associated with Christmas should have been tolerated. They could only bring to the minds of some veterans unpleasant memories of a best forgotten religious festival.

During this holiday season we can — and should — properly celebrate our victories over a few of the politically incorrect ways of old. However, much more is needed. Our ObamaNation must do more than merely continue slowing her descent into the depraved depths of exceptionality. We have to reverse the descent and head directly upward, away from that pit.

My studies in the Caribbean may provide enlightment on how that can most efficiently be done. If so, I may write about my findings when I return to my Great State of Utopia, after the weather there becomes more pleasant.

Oh to Hell with the Senator. The rest is mine. Here is a video that I’ve already posted several times but which still seems highly relevant. You might want to skip to 1:40, because that’s where the “fun” begins.

Will we follow the paths of Britain and Eurabia by becoming even more welcoming than we alredy are for immigrants who desire to “bless” us with their offerings of “peace, truth and social justice?”

According to an article at Examiner.com titled Massive global push to criminalize all dissent against Islam officially begins,

57 Muslim countries around the world are now coming together to pressure Western countries into silencing and prosecuting any and all criticism of Islam as a “hate crime.”

As Investors’ Business Daily explains, it is all happening under the banner of a Saudi-based group called the “Organization of Islamic Cooperation,” which released its 94-page document on “Islamophobia” (noticing Islamic violence is fear-based bigotry) in recent weeks.

If this calculated attempt to obliterate all dissent has its way, it will officially become a felony in the U.S. and Europe for citizens to even suggest “that Muslims are inclined to violence” or that “Islam is an inherently expansionist religion.” [Emphasis added]

Celebrating Christmas has become fatal in some places and may become as least as difficult to restore as our republic in what is becoming our brave new ObamaNation. Will both of those ancient — and hence for some absurd — concepts vanish beyond restoration? Will we eventually celebrate Obamamas, or perhaps ObamaCare, rather than Christmas? Not if we can prevent it. But will we try?

Here’s my own Christmas wish.

Have a Very Merry Christmas!
And please work for Peace on Earth,
Good will to all who seek it.

(But only if you insist; it’s politcally incorrect.)

I was graduated from Yale University in 1963 with a B.A. in economics and from the University of Virginia School of law, where I was the notes editor of the Virginia Law Review in 1966. Following four years of active duty with the Army JAG Corps, with two tours in Korea, I entered private practice in Washington, D.C. specializing in communications law. I retired in 1996 to sail with my wife, Jeanie, on our sailboat Namaste to and in the Caribbean. In 2002, we settled in the Republic of Panama and live in a very rural area up in the mountains. I have contributed to Pajamas Media and Pajamas Tatler. In addition to my own blog, Dan Miller in Panama, I an an editor of Warsclerotic and contribute to China Daily Mail when I have something to write about North Korea.
View all posts by danmillerinpanama →
This entry was posted in Abuse of Power, Christians, Conservatives, Constitution, Culture, Freedom, Freedom of religion, Islamists, Libruls, Media, Merry Christmas!, Obama, Obama's America, Obamamas, Political Correctness, Religion, Shari law, the Basics, United States of Obama and tagged Benjamin Franklin, christmas, Christmas card, Christmas carols, Merry Christmas, Religious. Bookmark the permalink.

4 Responses to Merry Christmas! Enjoy it while (and if) you can. Many no longer can.