History stutters when repeating itself. What it tells us is clear only if we pay attention.

Posted on 6 January 2014 by danmillerinpanama

Unless we read and understand history we lack sufficient knowledge
to avoid repetition of its worst events. 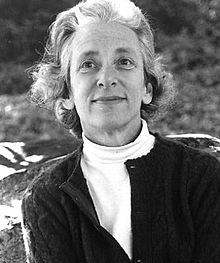 Multiple tips of the hat to NEO at Nebraska Energy Observer for calling my attention to this video of which I had previously been unaware. Is the video one hundred percent faithful to Barbara Tuchman’s book titled Guns of August? Videos rarely if ever are and this video goes well past August of 1914, the first month of the war, and the events leading up to it. Still, it presents her theses reasonably well.

It’s an hour and forty minutes long — shorter than a popular motion picture —  but please watch it at your leisure. Then, please read Guns of August by Barbara Tuchman. She is among my favorite historians. Years of war with millions of deaths and other casualties can be avoided through an understanding of history as presented by competent historians not trying to push an ideology. There seem to be relatively few of those today. Our politicians are inadequate substitutes. Please keep that in mind as they and politically correct military leaders join in diminishing the effectiveness of our military.

The world is obviously different now and little resembles the early twentieth century. Then, unlike now, rulers of Britain, Russia and the major countries of Europe were intimately related as members of the same families. Despite the lack of modern communications and interception facilities, the heads of state often — perhaps more often than now — knew what was happening in the nations with which they went to war in 1914. The Schlieffen Plan, completed in 1906, provided the strategic foundations for Germany’s initiation of war in 1914 by invading Belgium. It was well known to military strategists in Britain, France, Belgium and elsewhere. Yet King Albert, his civilian staff and his military, intent upon maintaining Belgian neutrality, declined to permit any friendly nation to intervene on Belgium’s behalf to prevent a German attack until too late. According to The Guns of August (p. 100 in the edition I have),

The King and Prime Minister and Chief of Staff could no longer share the general confidence, but were prevented, both by the duties of neutrality and by their belief in neutrality, from making plans to repel attack. Up until the last moment they could not bring themselves to believe an invasion by one of their guarantors would actually happen. On learning of the German Kriegesgefar on July 31, they had ordered mobilization of the Belgian Army to begin at midnight.

Because Belgium, maintaining her strict neutrality, had not up to now settled on any plan of campaign, mobilization was not directed against a particular enemy or oriented in a particular direction. It was a call-up without deployment. Belgium was obligated, as well as her guarantors, to preserve her own neutrality and could make no overt act until one was made against her. [Emphasis added.]

Finally, a German ultimatum was delivered. It claimed that because of French intentions to advance against Germany through Belgium, Germany had no option but to anticipate the French attack by entering Belgium. The rulers of Belgium, well aware that the French had no such intentions and had made no moves suggesting them, were not impressed with the German rationalization. The German ultimatum stated that should Belgium resist German advances across Belgium, Belgium’s resistance would be an act of war against Germany. Belgium decided to resist, despite her lack of preparation, including the necessary artillery. Although the task was more difficult than Germany had expected, or had perhaps merely hoped, Germany conquered Belgium and World War I spread.

World War II also could easily have been anticipated well before it began and — even if it could not have been prevented or made less harmful, as could likely have been accomplished — preparations could have been made for it. They were not made.

Herr Hitler’s cravings for Lebensraum were no secret. Lebensraum

was an important component of Nazi ideology in Germany. The Nazis supported territorial expansionism to gain Lebensraum (“living space”) as being a law of nature for all healthy and vigorous peoples of superior races to displace people of inferior races; especially if the people of a superior race were facing overpopulation in their given territories.[1] The German Nazi Party claimed that Germany inevitably needed to territorially expand because it was facing an overpopulation crisis within its Treaty of Versailles-designed boundaries that Adolf Hitler described: “We are overpopulated and cannot feed ourselves from our own resources”.[1] Thus expansion was justified as an inevitable necessity for Germany to pursue in order to end the country’s overpopulation within existing confined territory, and provide resources necessary to its people’s well-being.[1] The idea of a Germanic people without sufficient space dates back to long before Adolf Hitler brought it to prominence.

It was the stated policy of the Nazis to kill, deport, or enslave the Polish, Ukrainian, Russian, and other Slavic populations, whom they considered inferior, and to repopulate the land with Germanic people. The entire urban population was to be exterminated by starvation, thus creating an agricultural surplus to feed Germany and allowing their replacement by a German upper class. The policy of Lebensraum implicitly assumed the superiority of Germans as members of an Aryan master race who by virtue of their superiority had the right to displace people deemed to be part of inferior races.[2] The Nazis insisted that Lebensraum needed to be developed as racially homogeneous to avoid intermixing with peoples deemed to be part of inferior races.[2] As such, peoples deemed to be part of inferior races living within territory selected to be Lebensraum were subject to expulsion or destruction.[2] Nazi Germany also supported other nations’ pursuing their own Lebensraum, including Fascist Italy .[3] [Emphasis added.]

The Nazi regime invoked a variety of precedents to justify the pursuit of Lebensraum.[4] One was invoking the precedent of the United States.[2] Hitler declared that the size of European states was “absurdly small in comparison to their weight of colonies, foreign trade, etc.,” which he contrasted to “the American Union which possesses at its base its own continent and touches the rest of the earth only with its summit.”[2] Hitler noted that the colonization of the continental United States by Nordic peoples of Europe that had a large internal market, material reproduction, and fertile biological reproduction, provided the closest model to that of Lebensraum.[2]

The Peace in our Time agreed upon by British Prime Minister Chamberlain and Herr Hitler in 1938 was a farce, although celebrated by many in England; Germany’s flagrant violations of arms limitations imposed on her by the Treaty of Versailles were largely ignored. Winston Churchill’s The Gathering Storm tells the story of German violations of the treaty in detail. Few took seriously what he had to say. Only when Germany began military action in earnest in 1939 did Britain, then under Prime Minister Churchill, awaken. The United States finally intervened in 1941.

The state of the world today 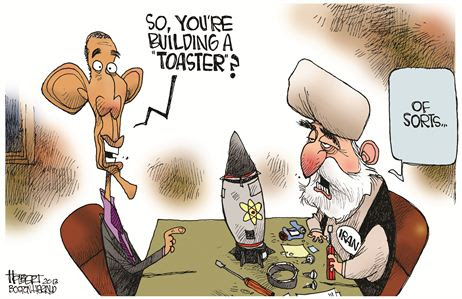 Today, the Government of United States is pursuing a nuclear weapons ban agreement with Iran. The November 24th “deal” struck by P5+1 and Iran has a comforting preface but nowhere even mentions such Iranian military facilities as Parchin or Iranian development of improved missiles capable of carrying nuclear warheads, also being developed and improved. Surely, with the almost incredible sophistication and ubiquitous nature of spying on foreign nations — enemies as well as friends — the Government knows far more about these and other developments than one would suspect based on study of the November 24th “deal.” In the unlikely event that the “deal” becomes a formal agreement, with all international sanctions against Iran eliminated, will we sit calmly by (as did Europe in the early twentieth century and again in the mid to very late 1930’s) and wait for Iran to test a nuclear device — perhaps on nearby Israel? On a U.S. installation somewhere else?

North Korea already has and has tested nukes. Basking in the glow of a formal no-nukes agreement, will Iran outsource her nuclear weapons projects to North Korea? I suggested that possibility here in December of last year, arguing that North Korea’s Special Economic Zones would be excellent venues for such work. One small piece of the puzzle was then missing — how would equipment and personnel be transported between North Korea and Iran? The North Korean ski resort recently opened with much fanfare appears to supply that missing piece of the puzzle: the ski resort has contraband equipment, imported despite sanctions and efforts to enforce them.

Chad O’Carroll of NK News, a U.S. news site focusing on North Korea, said new Canadian snowmobiles, Swedish snow-blowers and Italian and German snow cats have all been spotted at the resort.

Pictures in the North Korean state media show at least seven snow blowers produced by Sweden’s Areco, each costing US$37,000; three snow ploughs by Italy’s Prinoth and Germany’s Pisten Bully, which cost anything between $80,000 and $110,000 each; and a “Ski-Doo” snowmobile from Canada’s Bombardier Recreational Products and Vehicles, which costs about $10,000, O’Carroll said.

O’Carroll said that these products are classified as luxury goods, whose export to the North is prohibited by UN sanctions. The goods may have been smuggled into the North through an East Asian or Chinese reseller, he speculated.

“It seems most likely that the North bought them through an intermediary in a third country, just as they would do in money laundering, by disassembling them and smuggling them in piece by piece,” Cho Bong-hyun of the IBK Economic Research Institute said. “We need to look at ways of making sanctions against the North more effective.”

Since North Norea has imported the articles listed above, it should have little difficulty exchanging equipment, materials and personnel with Iran for nuclear weapons development and production.

Will the western world awaken before or after Iran tests a new nuclear weapon on Israel or on a U.S. installation elsewhere, or threatens other Middle East nations with “the Bomb” to gain regional supremacy? If we do awaken after the fact, or even before such events, will it be too late to take effective action? Perhaps someday future historians well tell us, in retrospect, what happened and why. Will any of them write in English?

Oh well. Maybe a pleasant dinner will assuage our concerns.

H/t to Brittius for the GIF.

I was graduated from Yale University in 1963 with a B.A. in economics and from the University of Virginia School of law, where I was the notes editor of the Virginia Law Review in 1966. Following four years of active duty with the Army JAG Corps, with two tours in Korea, I entered private practice in Washington, D.C. specializing in communications law. I retired in 1996 to sail with my wife, Jeanie, on our sailboat Namaste to and in the Caribbean. In 2002, we settled in the Republic of Panama and live in a very rural area up in the mountains. I have contributed to Pajamas Media and Pajamas Tatler. In addition to my own blog, Dan Miller in Panama, I an an editor of Warsclerotic and contribute to China Daily Mail when I have something to write about North Korea.
View all posts by danmillerinpanama →
This entry was posted in 2014, Apathy, Appeasement, Atomic bomb, Chamberlain, Churchill, England, Freedom, History, Hitler's Germany, Iran, Israel, John Kerry, Kim Jong-un, Korea, Korea speculation, Libruls, Middle East, Military, North Korea, North Korea's nukes, North Korean missiles, Nuclear weapon test, Nuclear weapons, Obama, P5+1, Peace, Peace in our time, Politics, Retaliation by North Korea, Sanctions, U.S. Military, Unified State of Obama, United States and tagged Chamberlain, Churchill, History, Hitler, Iran, north korea, WWI, WWII. Bookmark the permalink.

4 Responses to History stutters when repeating itself. What it tells us is clear only if we pay attention.