The Islamic State is winning

Posted on 18 August 2014 by danmillerinpanama 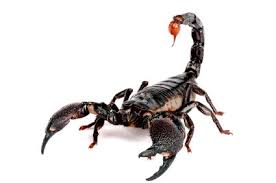 The Long War Journal is run by Paul Hanusz and Bill Roggio. Thomas Joscelyn is the senior editor. The following video was posted at You Tube on August 18th and is of a recent lecture by Mr. Joscelyn presented at the Endowment for Middle East Truth.

Islam has been the “I word” that shall not be mentioned negatively. However, the IS is beginning to give Islam a negative media connotation, and that is much resented by many Islamists — not because what Islam’s creature, the IS, has done is seen as evil, but due to the negative public relations impact it might have on the religion of death.

As Mr. Joscelyn argues, the IS is growing and presents substantial long term dangers to the United States and other nations around the world. Obama’s America — along with much of the rest of a decreasingly free world — is focused, to the extent focused at all, on short term objectives such as winning the next election. Baghadadi’s IS is intensely focused on long term objectives. The IS is indoctrinating young children, as well as those now capable of fighting their enemies, so that the movement can survive its current leaders. Unless and until our prevailing short term focus and media depictions of Islam change, we will continue to face serious threats, some in the near future and some involving greater danger later.

This video illustrates how the IS is trying to realize its long term objectives by indoctrinating youthful followers. 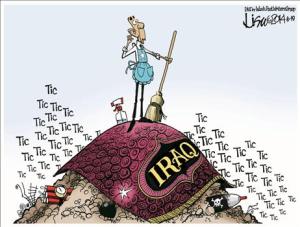 Unfortunately, it’s not only Iraq.

I was graduated from Yale University in 1963 with a B.A. in economics and from the University of Virginia School of law, where I was the notes editor of the Virginia Law Review in 1966. Following four years of active duty with the Army JAG Corps, with two tours in Korea, I entered private practice in Washington, D.C. specializing in communications law. I retired in 1996 to sail with my wife, Jeanie, on our sailboat Namaste to and in the Caribbean. In 2002, we settled in the Republic of Panama and live in a very rural area up in the mountains. I have contributed to Pajamas Media and Pajamas Tatler. In addition to my own blog, Dan Miller in Panama, I an an editor of Warsclerotic and contribute to China Daily Mail when I have something to write about North Korea.
View all posts by danmillerinpanama →
This entry was posted in al Qaeda, Allah, Appeasement, Brain washing, Christians, Cult of personality, Europe, European Union, Foreign policy, Freedom, Hamas, History, Hitler's Germany, Ideology, Iran, Iraq, Islamic Caliphate, Islamic State, Islamists, Jews, Khamenei, Media, Middle East, Military, Muslim Brotherhood, Obama, Obama Nation, Obama's America, Osama bin Laden, Peace in our time, Peace process, Political Correctness, Politics, Religion, Shari law, Stalin and tagged Abu Bakr al-Baghdadi, Caliphate, Europe, European Union, Iran, Iraq, Islamic State, obama, Obama Nation, US. Bookmark the permalink.

6 Responses to The Islamic State is winning