Obama understands neither war nor Islam

Posted on 14 September 2014 by danmillerinpanama

Winston Churchill understood both. Instead of “blood, toil, tears and sweat,” Obama offers a coalition of unwilling nations which reject our basic values of freedom. He intends to arm and train “moderate” Islamists who not only reject our basic values but are likely to help the Islamic State and its various cohorts and permutations.

Islam is as Islamists do

Is Islam the “religion of peace? Here’s a video of a debate held nearly three years ago in New York City.

While arguing that Islam is now peaceful, the debaters so arguing also argued that they hoped it would become so. One even urged those watching the debate to vote that it is a peaceful religion to help it to become one.

Please see also the current discussion at Yale on whether Hirsi Ali should be permitted to speak. The Muslim Students’ Association,

along with 35 co-signing student organizations, including the Yale Women’s Center, the Slifka Center (Yale’s hub for Jewish life), the Black Student Alliance, and Yale Students for Israel, sent a campus-wide e-mail that argued that Hirsi Ali’s history of “hate speech” and provocative statements, which include advocating the “defeat” of Islam, ought to disqualify her from speaking at Yale. They felt “disrespected,” they said, by the very act of inviting her; evidently they found her ideas too dangerous and her words too caustic for the virgin ears of their fellow undergraduates.

Some fine day, Islam may become peaceful and tolerant of other religions. However, we are stuck with Islam as it is now, not as it once may have been and not as it may eventually become. Islam, despite fantasies about the cataclysmic horrors of man-made climate change, is the greatest threat to Western civilization and must be dealt with accordingly.

Obama and the Islamic State

When it comes to war, [Obama] suffers from an additional burden: before he can persuade anybody else, he first has to persuade himself. And he can’t do it. So he gave the usual listless performance of a surly actor who resents the part he’s been given. It’s not just the accumulation of equivocations and qualifications – the “Islamic State” is not Islamic, our war with them is not a war, there’ll be no boots on the ground except the exotic footwear of a vast unspecified coalition – but something more basic: What he mainly communicates is that he doesn’t mean it. [Emphasis added.]

Unlike Obama, Churchill left no doubt that he understood war and that he intended to achieve victory over the horrors of Nazism. That is what happened.

Churchill had long urged the civilized world to halt the advance of Nazism. Nazism, Communism and Islam are similar.

[A]ll three are predicated on supremacist propositions – namely that a group of people is inherently superior to all the others.  What exactly that Master Group is depends on the specific differentiator that the particular ideology is centred upon.  Since Nazism saw the world through a ‘racial’ perspective, its fundamental proposition was the superiority of the ‘Aryan race’ (the Master Race or Herrenvolk); centred on ‘social’ differences, the Communists decreed that the ‘proletariat’ was inherently loftier than every other class; for the Islamists, whose particular angle is ‘religious’, it is the adherents of Islam that are ‘entitled’ to unquestioned, divinely-ordained supremacy. [Emphasis added.]

[A]ll three extreme ideologies promote a world view in which there is an inherent, perpetual and inevitable conflict between the superior or ‘Master Group’ (race, class or religion) and ‘the others’.  ‘The others’, needless to say, despite being fundamentally inferior, are intent on subjugating the Master Group.   The conflict (call it ‘Kampf um Lebensraum’, ‘class struggle’ or ‘jihad’) is fundamental not just to the ideology, but also to its practical implementation.  Conflicts (especially when portrayed as global and quasi-existential) represent ‘exceptional circumstances’ or ‘force majeure’; as such, they justify employing ‘exceptional means’. [Emphasis added.]

ll three ideologies have a similar ultimate goal: to do away with the extant ‘injustice’ and replace it with a ‘new global order’.  The end is thus, invariably, the ‘Perfect World’; so perfect, in fact, that that end justifies and even sanctifies the murderous means.  That ‘Perfect World’ – call it Millenarian Reich, Global Commune or Islamic Caliphate – will be achieved as a result of the Master Group’s final victory over ‘the others’. [Emphasis added.]

Going to war with Islam may not be enough and “reeducation” may also be necessary. However, it is necessary to get their attention, in ways they can understand, first.

A coalition of the unwilling

Who is in the alleged coalition and what does Obama want them to do? The Obama Administration is not saying.

White House Chief of Staff Denis McDonough repeatedly declined to say whether any other countries have agreed to provide troops on the ground in Syria as a part of President Obama’s efforts to build a coalition.

He repeatedly said Americans would hear the news from Secretary of State John Kerry later this week.

But then he said that the president wasn’t looking for boots-on-the-ground troops, after all.

“Other [countries] have suggested that they’re willing to do that, but that’s not what we’re looking for right now,” McDonough said.

What does Obama want His alleged coalition to do? Send imams armed with fatwas urging that the IS, et al, repent and become true (and therefore peaceful) Islamists?

Please see also Coalition of the unwilling, US Gen. John Allen named to lead coalition war on ISIS, but allies deterred by Obama’s ambiguities, Turkey’s Frankenstein Monster and Obama, the Islamic State and Islam, the enemy which shall not be named.

As noted by Patrick Poole at PJ Tatler on September 13th in an article titled Yet Another US-Backed Syrian Rebel Group Makes Peace With ISIS,

Obama’s hopes to do anything of substance in Syria has taken another severe blow as the US-backed and armed Syrian Revolutionaries Front (SRF) has struck a peace deal with ISIS yesterday according to both Arabic and English language news reports. [Emphasis added.]

The SRF had only a few months ago been deemed by the US foreign policy establishment as “the West’s best fighting chance against Syria’s Islamist armies.”

Syrian rebels and jihadists from the Islamic State of Iraq and Syria have agreed a non-aggression pact for the first time in a suburb of the capital Damascus, a monitoring group said on Friday.

The Syrian Observatory for Human Rights said the ceasefire deal was agreed between ISIS and moderate and Islamist rebels in Hajar al-Aswad, south of the capital.

Under the deal, “the two parties will respect a truce until a final solution is found and they promise not to attack each other because they consider the principal enemy to be the Nussayri regime.”

Nussayri is a pejorative term for the Alawite sect, an offshoot of Shiite Islam to which President Bashar al-Assad belongs.

According to the media reports other groups joining the ceasefire with ISIS include Liwa Ahrar Turkman al-Golan, Liwa Hittin & Liwa al-Umma al-Wahida.

As Congress takes up a bill to fund Obama’s plan to arm and train so-called “vetted moderate” Syrian rebels, even some analysts are beginning to admit that finding the right allies in Syria will be difficult. With the State Department’s disastrous record so far of identifying “vetted moderate” rebel groups who refuse to ally with Al-Qaeda and ISIS, and ISIS leaders openly bragging about the US arming and training rebels groups that have now defected to ISIS, some prudent caution on the part of Congress is in order before throwing more money and weapons into Syria and Iraq.

Obama claims to believe that Islam, like all other religions, rejects violence and those who use it. However, Christians, Jews and others neither torture nor behead infidels and apostates. The IS, et al, do that. Nor do Christians and Jews fight wars to force others to embrace their religions. The IS, et al, also do that. However, based on the words and actions of the United Nations against Israel, one might conclude that “Zionists” are worse than the Islamic State and its affiliates.

Is the legacy that Obama wants to leave behind when He vacates the White House one of peace through submission to Islam? It seems so, and far too many appear to react with apathy rather than alarm. Will there be enough time — and sufficient will — after He leaves office to pursue a policy of peace through victory? If not, Islam will continue to be violent and, most likely, will become even more violent than now. 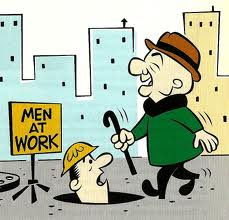 Here, as a public service, is a video on how to behave during an Islamic massacre:

I was graduated from Yale University in 1963 with a B.A. in economics and from the University of Virginia School of law, where I was the notes editor of the Virginia Law Review in 1966. Following four years of active duty with the Army JAG Corps, with two tours in Korea, I entered private practice in Washington, D.C. specializing in communications law. I retired in 1996 to sail with my wife, Jeanie, on our sailboat Namaste to and in the Caribbean. In 2002, we settled in the Republic of Panama and live in a very rural area up in the mountains. I have contributed to Pajamas Media and Pajamas Tatler. In addition to my own blog, Dan Miller in Panama, I an an editor of Warsclerotic and contribute to China Daily Mail when I have something to write about North Korea.
View all posts by danmillerinpanama →
This entry was posted in al Qaeda, Andrew Klavan, Apathy, Appeasement, Brutality, Christians, Churchill, Climate change, Culture of violence, Fatwa, Foreign policy, Freedom, History, Ideology, Iran, Iraq, Islamic Caliphate, Islamic Jihad, Islamic rage, Islamic State, Korans, Middle East, Military, Obama, Obama Nation, Obama's America, Religion, Religion of death, Sharia law, Taliban, Turkey, U.S. Military and tagged Iraq, islam, Islamic State, obama, Rebels, Syria, Winston Churchill. Bookmark the permalink.

4 Responses to Obama understands neither war nor Islam