Posted on 14 October 2014 by danmillerinpanama

The Obama Nation’s multicultural society has become so politically correct and otherwise obtuse that words and phrases are used in any odd ways that may be desired — just as Humpty Dumpty did.

“When I use a word,” Humpty Dumpty said, in rather a scornful tone, “it means just what I choose it to mean—neither more nor less.”

“The question is,” said Alice, “whether you can make words mean so many different things.”

“The question is,” said Humpty Dumpty, “which is to be master—that’s all.”

Here are a few examples and explanations.

Religion of peace. Amish? Quakers? Of course not: it’s Islam. Although the Islamic State, according to Obama, is not “Islamic,” the Islamic Republic of Iran, Turkey, Qatar, Saudi Arabia, et al — which are “Islamic” — are among the world’s foremost sponsors of Islamic terrorism. However, that is irrelevant because Muslims would be offended.

Here’s Andrew Klavan on how to survive an Quaker massacre:

Islamic extremists are extreme because they follow the Koran and demand Shari Law. So do “moderate Muslims.” 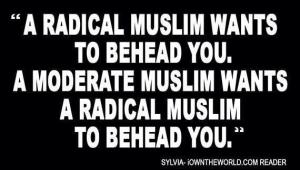 That’s racist! Unless you happen to be Black and therefore not conservative, see Great Uniter, below.

The science is settled and the debate is over. Ipse dixit.

Honest discussion. According to Attorney General Holder, Federal Dick, we need to have an honest discussion about race. “Honest” means agreeing with and favoring his people above all others. Or something.

Gender identity. Don’t like your gender? Try another; it’s probably on the house.

The war on women has long been fought by Republican scoundrels, not by Democrats like Billie BJ Clinton or various Islamic states such as Saudi Arabia, Iran and Turkey. The (non Islamic) Islamic State and other (non Islamic) freaks may be fighting a war on women and girls, whom they capture as sex slaves, use and sell. However, few engaged in fierce combat against the war on women seem to notice or care, so the vile war on women must still be exclusively a Republican thing.

Feminism rejects the vast powers that men have over women by, among many other things, demanding free contraception and abortion on request. Although opposed by some bitter clingers, both are needed to empower women and girls to have sex as often and with as many men as they may desire, with no illnesses (such as pregnancy) or other adverse consequences. Is lesbianism the cure? Should it replace heterosexual nymphomania?

Truth. “Beauty is truth, Truth is beauty. This is all ye know on Earth and all ye need to know.” Truth is beautiful only if it “sounds good” and can become a helpful sound bite to be memorized and used effortlessly.

Party of billionaires. This refers to Republicans. It does not mean Democrats who pay big bucks (up to $32,000 or more in some cases) to hear Obama tell them how filthy rich Republicans are ruining the country and how wonderful He is. 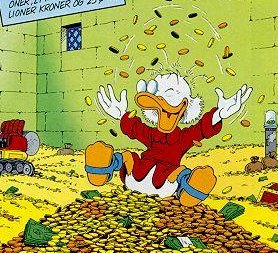 As Gwyneth Paltrow, an impoverished working mother who only “makes $16 million per movie,” said at a recent Obama fundraiser thrown at her humble shanty in California, Obama is

a president who would be studied for generations, and a role model for everyone of this generation.

Having been reminded of His greatness, attendees contribute more big bucks. It’s a good thing Obama is not a narcissist.

Great uniter refers to Obama, who has done more to unite Blacks against Whites than any other American President. (Conservative Blacks, such as Allen West, Ben Carson and others are White, not Black.) Great progress, Big Guy! Oh. He’s also a like, way cool military strategist.

Oh well. Try not to cry; it may cause even more global warming, cooling, climate change and other demons not yet  discovered. As Jon Carson at BarackObama.com advised my spam filter just today,

We’re going to win on climate change. We don’t really have another option.

The question is how long will it take for the other side to take this fight seriously — to push the climate change deniers out of the way, and to defeat the powerful interest groups protecting the status quo.

Climate change is already affecting Americans’ lives now — droughts, wildfires, and super storms have devastated every corner of the country.

UPDATE re the party of billionaires:

“Fat cats” such as Tom Steyer, who is using his billions to impact multiple races in key states in ways that no ordinary voter can? Of course not. He’s the right kind of fat cat, meaning he is on the left. Plus, he controls NextGen and pays Lehane a lot of money to come up with its strategies. The libertarian-minded Koch brothers are the wrong kind of fat cats, so the billionaire-funded NextGen, led by consummate Beltway insider Chris Lehane, is pushing Democrat candidates to attack them. [Emphasis added.]

According to the Lehane [NextGen] memo:

“In virtually every state NextGen is electorally engaged, there is an issue where the Republican candidate”s anti-climate, anti-basic science beliefs has manifested itself in policies with harmful consequences for all voters in state, including Republican voters. Our Republican Haircut Strategy – a precision focus on a specific harm in target Republican markets – we will seek to degrade Republican performance.”  [Emphasis added.]

There’s a lot of loaded language in that — “anti-climate, anti-basic science beliefs” could describe anyone who ignores the fact that the climate scare-mongers keep being proved wrong, and that the data shows that the earth has not warmed in the past 15 to 18 years. Climate hysterics systematically rule out the role that the Sun plays in climate stability and change. Which is a very large thing to omit. And we cannot control it with any carbon trade scheme, tax, regulatory regime or any other means. [Emphasis added.]

Having nothing substantive to say, the Dems apparently attract voters by misleading and scaring them. The farce continues apace.

I was graduated from Yale University in 1963 with a B.A. in economics and from the University of Virginia School of law, where I was the notes editor of the Virginia Law Review in 1966. Following four years of active duty with the Army JAG Corps, with two tours in Korea, I entered private practice in Washington, D.C. specializing in communications law. I retired in 1996 to sail with my wife, Jeanie, on our sailboat Namaste to and in the Caribbean. In 2002, we settled in the Republic of Panama and live in a very rural area up in the mountains. I have contributed to Pajamas Media and Pajamas Tatler. In addition to my own blog, Dan Miller in Panama, I an an editor of Warsclerotic and contribute to China Daily Mail when I have something to write about North Korea.
View all posts by danmillerinpanama →
This entry was posted in Allah, Andrew Klavan, Bill of Rights, Black Panthers, Christianophobia, Christians, Democrats, English language, Evangelicals, Feminists, Foreign policy, Freedom, Government reliance, Gun control, Hispanic, Holder, Humor, Iran, Islamic State, Islamists, Korans, Leftists, Middle East, Multicuralism, Nanny state, Obama, Obama Nation, Political Correctness, Racism, Religion, Sex discrimination, Sharia law, TEA Groups, Terrorism and tagged Christianity, Humpty Dumpty, islam, Islamic State, Multiculturalism, obama, Political correctness. Bookmark the permalink.

15 Responses to Understanding multicultural words, phrases and other absurdities