Posted on 15 December 2014 by danmillerinpanama

Feminists demand that men learn not to rape so that suggestive attire can be worn safely. Hispanics in California demanded that high school students not be permitted to wear patriotic attire so that Hispanics wouldn’t feel offended and perhaps become violent. The school complied. A Federal District Court and a majority of the 9th Circuit Court of Appeals agreed with the Hispanics. 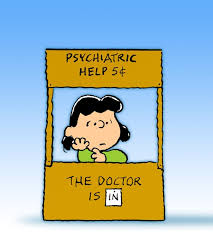 According to this Rutherford Institute press release, it has asked the Supreme Court to

reject a lower court ruling that declared it unsafe for California public school students to wear American flag t-shirts to school. In asking the Supreme Court to hear the case of Dariano v. Morgan Hill, in which several students were ordered by school officials to cover up their American flag t-shirts on May 5, 2010, allegedly because officials feared that other students celebrating the Mexican holiday Cinco de Mayo would be offended, Rutherford Institute attorneys note that the school should have focused on controlling unruly students and not on stifling patriotic speech protected by the First Amendment. [Emphasis added.]

On May 5, 2010, three Live Oak High School students wore patriotic t-shirts, shorts and shoes to school bearing various images of the U.S. flag. During a mid-morning “brunch break,” the students were approached by Assistant Principal Miguel Rodriguez, who told the students they could not wear their pro-U.S.A. shirts and gave them the option of either removing their shirts or turning them inside out. The students refused, believing the options to be disrespectful to the flag. Rodriguez allegedly lectured the group about Cinco de Mayo, indicating that he had received complaints from some Hispanic students about the stars and stripes apparel, and again ordered that the clothing be covered up to prevent offending the Hispanic students on “their” day. Principal Nick Boden also met with the parents and students and affirmed Rodriguez’s order, allegedly because he did not want to offend students who were celebrating Cinco de Mayo. [Emphasis added.[

In November 2011, the district court ruled in favor of school officials, citing a concern for school safety. That ruling was affirmed by the Ninth Circuit Court of Appeals in February 2014. Although the appeals court acknowledged that other students were permitted to wear Mexican flag colors and symbols, it ruled that school officials could forbid the American flag apparel out of concerns that it would cause disruption, even though no disruption had occurred. Three of the nine judges on the Ninth Circuit agreed with The Rutherford Institute that school officials violated long-standing Supreme Court precedent forbidding suppression of protected expression on the basis of a “heckler’s veto,” which occurs when the government restricts an individual’s right to free speech in order to maintain order.[Emphasis added.]

Leaving aside the obvious questions of where the loyalties of the “offended” and therefore potentially violent Hispanic students lie and whether they should become American citizens, how far will “our” courts and bureaucrats go to penalize free speech which is consistent with “American” values? Or perhaps I should refer to them as former American values since they don’t embrace politically correct attitudes. Has multiculturalism become a — or even the —  dominant feature in American culture and law?

I don’t have answers to the questions posed above. Perhaps the Supreme Court will resolve the legal matter in favor of those who prefer the First Amendment to multiculturalism. Or perhaps it won’t bother because a decision adverse to Hispanic interests would be politically incorrect and therefore opposed to “progressive” barbarism.

Oh well. It was. Would the U.S. Army Band and Chorus perform it today? Would it be considered subversive? On the Cinco de Mayo or other Hispanic holidays?