Posted on 1 April 2015 by danmillerinpanama

Today, April first, Obama was abducted by aliens from Venus who were concerned about His warlike stance toward the peaceful Islamic Republic of Iran.

Mars is the god of war, Venus is the goddess of peace. Aliens from Mars had been slightly disturbed that Obama’s efforts to give Iran nuclear weapons might fail, but had seen that her status as a nuclear power was inevitable and hence did nothing. Aliens from Venus were equally pleased with the prospects of Iranian nuclear weapons but were very concerned that Obama, by failing adequately to praise Iranian attempts to extend its hegemony over the entire Middle East and beyond, had retarded those praiseworthy efforts on behalf of true Islamic peace. Hence, they secretly abducted Him this morning as He deplaned from Air Force One following an off-the-books trip to His spiritual birth place in Manchuria.

Since Obama’s abduction and remedial training required only a few minutes He was not missed, even by His dear soul mate, Valerie Jarrett. Ms. Jarrett was, therefore, pleasantly surprised when Obama called a press conference in the Rose Garden to make an announcement, following a splendid rendition of Hail to the Chief:

Fellow world citizens, I have finally awakened from my slumbers to realize that Iran is the only country in the world capable of bringing true peace through submission in accord with the word of Allah, may His Holy name be forever praised by all. Israel claims to desire peace, but only through war. Saudi Arabia, Egypt, Jordan and other misbegotten specs of excrement on the face of our dear planet — now in peril of imminent death due to climate change to which their vile oil has contributed massively — have dared even to challenge Iran’s peaceful pursuits of peace throughout the Middle East in Iraq, Syria, Yemen and elsewhere.

Henceforth, it will be My supreme duty as your Commander in Chief to promote and otherwise to assist Iran in her glorious efforts for peace. I know in my heart that that’s the principal reason that you, My people, elected Me as your very own Supreme Leader. Accordingly, I pledge that My efforts will be unstintingly directed to the end that you desire.

May Allah bless Iran, Damn America, Israel and all other enemies of true peace, and give a blessed day to you all, inshallah.

Iran’s leaders, due to their extensive relations with the aliens who had abducted Obama, were not at all surprised but pretended that they were. Supreme Leader Khamenei personally accepted Supreme Leader Obama’s gracious words by saying that Obama had finally managed to tame the Great Satan and promised to do everything within his power to help, inshallah. He also commented favorably on Secretary Kerry’s use of “inshallah” in rebutting suggestions by defeatists that the P5+1 negotiations would collapse without giving Iran nuclear weapons.

Even those who had previously viewed Obama as weak and indecisive will now be forced to see Him as He truly is, a towering beacon of strength and light to a world beset with tribulation, turmoil and darkness.  His legacy as the Greatest Peace Maker, Ever, is assured, inshallah. 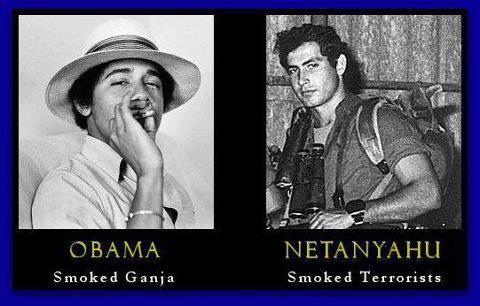 Smoke ganja. War is for sissies!

4 Responses to Obama abducted by aliens