Posted on 15 August 2015 by danmillerinpanama

Courtesy of Obama, Iran’s mushroom clouds will be produced by detonating atomic bombs. Obama’s mushroom clouds, with help from His friends, have already been and continue to be detonated. They thrive in the absence of light and contain copious quantities of bovine fecal matter.

This limerick, if applied to Obama, makes sense:

Last night I saw upon the stair
A little man who wasn’t there.
He wasn’t there again today.
Oh how I wish he’d go away!

Several conservative media recently focused on Obama’s claim, made in His August 5, 2015 address praising His “deal,” that Iran had agreed to negotiate only after President Rouhani replaced Mahmoud Ahmadinejad on August 3, 2013:

it was diplomacy, hard, painstaking diplomacy, not saber rattling, not tough talk, that ratcheted up the pressure on Iran. With the world now unified beside us, Iran’s economy contracted severely, and remains about 20 percent smaller today than it would have otherwise been. No doubt this hardship played a role in Iran’s 2013 elections, when the Iranian people elected a new government, that promised to improve the economy through engagement to the world. [Emphasis added.]

A window had cracked open. Iran came back to the nuclear talks.

Obama did not mention that Rouhani could neither have run for office nor been elected without the backing of Iran’s Supreme Leader Khamenei. As far as I have been able to determine, neither Obama nor Kerry has said anything denying, acknowledging or explaining Senator Kerry’s “negotiations” with Iran which, as I noted here on August 13th, had begun in 2011, long before Ahmadinejad left office in 2013.

During those early “negotiations,” Kerry had already conceded Iran’s right to enrich Uranium, that the nuclear dossier would be closed and that the Possible Military Dimensions (“PMDs”) of Iran’s nuclear program would be resolved.

Although Obama has claimed otherwise, the timing of P5+1 negotiations vis a vis  Rouhani’s arrival in office makes little sense. Rouhani sought and got — courtesy of Kerry’s earlier concessions — at least as many concessions from the Obama-led P5+1 farce as Ahmadinejad could have got. Perhaps he got more, due to erroneous perceptions that Rouhani was a moderate and that Iran had changed course for the better. Such perceived changes also led to hopes that Iran would become a helpful U.S. Middle East ally.

Here’s an excerpt from a Front Page Magazine about Obama’s claim:

In 2013, Hassan Rouhani was, for lack of a better word, “elected” president of Iran replacing the noxious Mahmoud Ahmadinejad. Rouhani, a grandfatherly-like figure with an affable smile, appeared to be, at least outwardly, more moderate than his predecessor, but in reality expressed the same rancid, xenophobic views. He was quoted as saying that “the beautiful cry of ‘Death to America’ unites our nation,” and referred to Israel as a “wound,” “a festering tumor” and the “great Zionist Satan,” among numerous other reprehensible pejoratives.

Israel’s Prime Minister Benjamin Netanyahu, in an address to the United Nations, dryly noted that while Ahmadinejad was a wolf in wolf’s clothing, Rouhani was a wolf in sheep’s clothing, but both were wolves nonetheless. What’s more, real power in Iran vests not with the nation’s president, but with its Supreme Leader, Ali Hosseini Khamenei, a pernicious man who seems incapable of addressing crowds without inserting at least one “death to America” reference somewhere in the speech. Indeed, just four days after signing the Joint Comprehensive Plan of Action (JCPOA) he addressed a large crowd and repeated the tired banalities of “death to America” and “death to Israel.” Khamenei is also solely responsible for vetting and approving presidential candidates which means that he found Rouhani to be an acceptable contender and that speaks volumes about what kind of character Rouhani is. [Emphasis added.]

Despite the given realities about the Islamic Republic and its malevolent nature, Obama attempted to sell the American public on the nonsensical notion that the election of Rouhani ushered in a new period of Iranian enlightenment and moderation and afforded the U.S. an opportunity for meaningful engagement with the mullahs on their nuclear program. On that premise, he led the American public to believe that it was only after the election of the “moderate” Rouhani that the U.S. chose to engage Iran. [Emphasis added.]

What really rankles, as noted in my August 13th article, is that in 2011 Kerry, representing Obama, led the way for Iran to get what it wanted.

Go tell them that these are our demands. Deliver [the note] during your next visit to Oman.’ On a piece of paper I wrote down four clearly-stated points, one of which was [the demand for] official recognition of the right to enrich uranium. I thought that, if the Americans were sincere in their proposal, they had to accept these four demands of ours. Mr. Souri delivered this short letter to the mediator, stressing that this was the list of Iran’s demands, [and that], if the Americans wanted to resolve the issue, they were welcome to do so [on our terms], otherwise addressing the White House proposals to Iran would be pointless and unjustified. [Emphasis added.]

“All the demands presented in this letter were related to the nuclear challenge. [They were] issues we had always come up against, like the closing of the nuclear dossier, official recognition of [the right to] enrichment, and resolving the issue of Iran’s past activities under the PMD [possible military dimensions] heading. After receiving the letter, the Americans said, ‘We are definitely and sincerely willing, and we can resolve the issues that Iran mentioned.’” [Emphasis added.]

The Possible Military Dimensions of Iran’s nuke program are no longer of interest to the Obama administration, if they ever were. On June 16, 2015, the New York Times reported that Kerry said

a full accounting of Iran’s possible past atomic weapons research is not necessarily critical to reaching a nuclear deal with Tehran. His comments came amid concerns the Obama administration is backing down on demands that Iran resolve concerns about previous work as part of an agreement that would curb its nuclear program in exchange for sanctions relief. [Emphasis added.]

“We know what they did,” Kerry said. “We have no doubt. We have absolute knowledge with respect to certain military activities they were engaged in. What we’re concerned about is going forward. It’s critical to us to know that going forward, those activities have been stopped and that we can account for that in a legitimate way.” [Emphasis added.]

Without knowing what Iran had been doing where, there is no viable way to know what it continues to do. Reliable information of that nature will not be available. Under the apparent terms of its secret deals with Iran, Iranians, not members of the IAEA, will inspect and take samples at military sites used by Iran for nuke weaponization. “Details” of the inspections will not be disclosed.

Kerry also claims to know “exactly” what the secret IAEA – Iran deals say, even though he has neither read nor seen them. In the video provided below, Kerry acknowledges just that beginning at about 10:00.

What aspect(s) of Iran’s nuke weaponization does Kerry have “absolute knowledge” about and how did he get it? The IAEA appears to have accumulated far less information than Kerry claimed to have on June 16th concerning Iran’s nuke militarization. Continuing to quote from the New York Times article linked above,

Much of Iran’s alleged work on warheads, delivery systems and detonators predates 2003, when Iran’s nuclear activity first came to light. But Western intelligence agencies say they don’t know the extent of Iran’s activities or if Iran persisted in covert efforts. An International Atomic Energy Agency investigation has been foiled for more than a decade by Iranian refusals to allow monitors to visit suspicious sites or interview individuals allegedly involved in secret weapons development. [Emphasis added.]

The November 14, 2013 Joint Plan of Action recognized Iran’s right to enrich Uranium for “peaceful purposes” — the reason asserted by Iran for enrichment. Iran’s need to enrich Uranium was mainly premised on its need to generate electricity. However earlier this month, Iran’s Deputy Foreign Minister and senior nuclear negotiator called Iran’s nukes for electricity program “a big loss” economically but necessary to defend the country’s honor.

In a leaked off-the-record meeting with journalists Saturday, Abbas Araqchi stressed that “if we want to calculate the expenses of the production materials, we cannot even think about it.” But, he said, “we paid this price so we protect our honor, independence and progress, and do not surrender to others’ bullying.”

Yet, he explained, “If we value our nuclear program based only on the economic calculations, it is a big loss.” [Emphasis added.]

Due to the pressure from above, . . .  the original report was removed by the national broadcasting service, which stated that the publication of Araqchi’s statements was a “misunderstanding.”

Please see also, The Iranian Nuke Deal Depends on This One Myth.

The November 13, 2013 Joint Plan of Action left open only where, how and how much Uranium Iran could enrich. It substantially ignored the nuclear dossier (i.e., nuke weaponization), Iran’s principal but denied reason for enrichment. It should, therefore, have come as no surprise that the 2015 “deal,” in conjunction with the secret deals between Iran and the International Atomic Energy Agency (IAEA), did the same, eliminating any chance that the IAEA might learn what Iran had been doing and whether it continues to do it.

According to March 31, 2015 article at National Public Radio,

Even before he became president, Barack Obama was imagining the possibilities of a diplomatic breakthrough with Iran. His willingness to reverse decades of official U.S. hostility was one of the things that set Obama apart on the campaign trail.

Limited though it may be, the administration’s negotiation with Iran has shaken traditional allies such as Israel and Saudi Arabia. Meanwhile, through its action and inaction elsewhere in the Middle East, the U.S. has left both friends and enemies uncertain about what it will do next.

The White House insists a nuclear deal with Iran would defuse the biggest threat to the region.

The Wilson Center’s Miller agreed a negotiated deal that stops or even stalls Iran’s nuclear program is preferable to the likely alternative of military action. But he dismisses as wishful thinking any expectation that Iran’s diplomatic rehabilitation will produce a new, more stable Middle East.

Iran’s Secretary-General of World Assembly of Islamic Awakening Ali Akbar Velayati praised the recent conclusion of nuclear talks between Iran and six world powers, saying that with the deal, Tehran has more strength to support its friends in the Middle East region. [Emphasis added.]

Velayati, who is also the head of the Strategic Research Center of Iran’s Expediency Council, stressed the need for the consolidation of the anti-Israeli Resistance Front in the region. [Emphasis added.]

This is the Iranian mushroom cloud provided by Obama and Kerry:

Here is a photo of Obama’s mushroom cloud with one of His supporters standing contentedly in front of it: 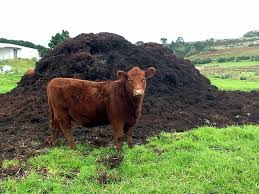 Obama’s mushroom cloud, made of bovine fecal matter which Obama et al have asked us to swallow, has grown like Topsy. It’s full of many more lies than merely that He waited until Rouhani became Iran’s president to being nuke negotiations. His other lies, and those of His friends, are even less digestible. Here are just a few from Washington Free Beacon Supercuts to serve as aperitifs.

The mushroom cloud detonated by Obama and Friends (“OAFs”) likely means that the “deal” with Iran will soon go into full effect. It will enable Iran to present us with its own nuclear mushroom cloud. It will also be of substantial assistance in furthering Iran’s hegemonic efforts to destabilize the Middle East.

Some mushrooms are good to eat. Obama’s cloud is full of toxic mushrooms. Perhaps they have made Obama, Iran and His other friends drunk with power; they are deadly for the rest of us.