To bring America back we need to break some stuff

Posted on 14 September 2015 by danmillerinpanama

In December of 2011, I wrote an article titled The U.S. Constitution and Civil War. A remark by Cokie Roberts — that we need to ignore parts of the Constitution to save the rest — inspired my article. To bring America back, we don’t need to, nor should we, ignore or otherwise break the Constitution; it is America’s foundation. We do need to destroy and rebuild much of the mess that has been wrongly erected atop that foundation. 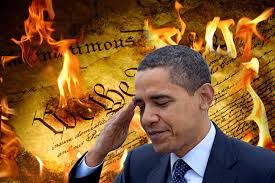 Who should be our next President?

Daniel Greenfield, in an article titled This is the America We Live in Now, wrote,

What we have now is not a movement because we have not defined what it is we hope to win. We have built reactive movements to stave off despair. We must do better than that. We must not settle for striving to restore some idealized lost world. Instead we must dream big. We must think of the nation we want and of the civilization we want to live in and what it will take to build it. [Emphasis added.]

Joining the EU would not fit well with the U.S. Constitution, but so what? Obama and “pragmatic” judges have twisted and distorted it. They pay but scant attention to its clear language or that of the statutes they misconstrue. Most in the current crop of Republicans in the Congress have been willing to surrender whenever Obama blows His dog whistle and run to Him with hopes that He may offer them small bones.

Our once great nation is itself broken, but not necessarily beyond repair. It needs to be fixed before it gets to the point where it can’t be, and we are rapidly approaching that point. Our Constitution must be revived, and as revived survive, if America herself is to survive. America can’t be fixed with fresh paint and new floral arrangements featuring a “new” Bush.

When Ronald Reagan was first mentioned as a possible Republican presidential candidate, my first thought was that we don’t need a washed-up grade B movie actor/former Democrat leftist as President. I was wrong. He became the best President America has seen in my thus far seventy-four years on Earth. We need another Reagan, but who should it be? There are only a few good candidates and the Republican establishment opposes, with such insipid vigor as it can muster, all of them. It wants Jeb Bush, or in any event a Bush clone, to march stolidly toward a new Amerika.

The mainstream media cannot understand why Trump continues to lead in the polls. Neither can the RINOs. Trump can’t possibly continue to lead; why, he is not even a politician! On September 12th, Sharyl Attkisson posted an article titled Donald’s Duck: 7 Reasons Why Nothing Sticks to Teflon Trump. In it, she explored seven of the reasons why it is claimed that Trump “can’t win.”

6. Trump is against immigrants.

Please read her analysis pointing out the fallacies behind these talking points as seen by Trump supporters; I think they are correct.

On September 13th Sundance, writing at The Last Refuge, posted an article titled The GOPe Roadmap, Status Update and The Event Horizon… There, he pointed out the RINOs’ multifaceted plan to defeat Trump and to install Jeb Bush as “our” next President. Jeb wants to lead us to more of the same namby-pamby nonsense that gave us Obama, the “great healer.” I don’t want to go there and want to stay as far away from there as possible. Please read Sundance’s article in its entirety. It’s excellent and so is this sequel about the upcoming CNN debate and the night of the long knives.

What will Trump do if elected?

I don’t know what Trump will do if elected President. He probably can’t make things worse, will try very hard to make them better and may well succeed. Please watch “lunatic” Trump respond to questions during this interview.

The only thing I am confident that the RINO candidates would do is to continue America’s collective swirl down the toilet. I very much like Ted Cruz (he would also be an excellent Secretary of State) and Ben Carson (Secretary of Health and Human Services?). Carina Fiorina? I like her thus far but need to learn more.

Trump has captured the public attention and, in many cases, its admiration and trust. Apparently many of his supporters feel as I do and are “mad as hell and don’t want to take it anymore.”

Please compare and contrast these Obama and Hillary campaign videos:

Obama won His last two elections by campaigning for change “we” can believe in. Trump has thus far campaigned for change those who think America was great before Obama got to mucking around with her do believe in and want to have implemented.

Much is yet unknown about where and how Trump will lead the nation as her President. One thing seems clear, at least to me: he will discard that which is broken and replace it with what we need. So long as he does not muck around with the Constitution (as Obama has done with abandon), I think we should give him an opportunity to try.