Posted on 29 September 2015 by danmillerinpanama

“Islamophobia” is a mental disorder evidenced by an insufficient understanding of Islam as the religion of peace. In the Age of Obama, Congress decreed that Islamophobia is a federal crime.

A few Republican extremists fought against the decree, but bipartisan majorities of both houses passed the bill. Obama signed it into law. The courts have thus far been lenient, merely sending offenders for psychiatric treatment. When certified as cured, they can be freed. Those who decline treatment are to be jailed indefinitely, as are those who can’t be cured.

Sally Snookums, a cute teenage girl, went for a stroll down Mainstreet. She wore her customary miniskirt and a modest blouse but neglected to wear the now mandatory burka with dark robe. 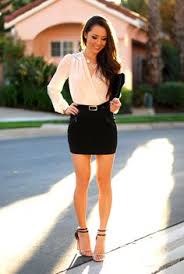 She was obviously “asking for it” and got raped by a Muslim man who had yet to realize that raping remains an unfortunate anti-Islamic cultural taboo in the town. It was, therefore, her own fault and not his. Besides, when she needs a husband her father or other male relative will find one or her. It’s none of her business.

Despite the incident having been Sally’s fault — she was willfully unfamiliar with Islamic culture — she had the gall to complain to the police. Pursuant to our wonderful new multicultural law, Sally was taken before a Federal Magistrate. He offered her two choices: (1) medical attention plus psychiatric help while confined to an insane asylum to cure her of Islamophobia, or (2) confinement in a Federal prison until she relented. What was Sally to do?

Initially, Sally selected option two. However, within hours she was raped by two prison guards and relented. Her next stop was the insane asylum. There, she learned all about peaceful Islamic culture and its requirement that girls dress like ugly old women to avoid exciting excessive lust in healthy and devout young Muslim males.

After apologizing to the young Muslim gentleman had quite properly raped her and vowing to go and sin no more, she was freed. Now Sally devotes her copious spare time to studying the Koran, the Hadith and Sharia law. Finally, she is happy just like most Muslim women.

A growing number of women and young girls housed in refugee shelters in Germany are being raped, sexually assaulted and even forced into prostitution by male asylum seekers, according to German social work organizations with first-hand knowledge of the situation.

Many of the rapes are occurring in mixed-gender shelters, where, due to a lack of space, German authorities are forcing thousands of male and female migrants to share the same sleeping areas and restroom facilities.

Conditions for women and girls at some shelters are so perilous that females are being described as “wild game” fighting off Muslim male predators. But many victims, fearing reprisals, are keeping silent, social workers say. [Emphasis added.]

At the same time, growing numbers of German women in towns and cities across the country are being raped by asylum seekers from Africa, Asia and the Middle East. Many of the crimes are being downplayed by German authorities and the national media, apparently to avoid fueling anti-immigration sentiments. [Emphasis added.]

In Bavaria, women and girls housed at a refugee shelter in Bayernkaserne, a former military base in Munich, are subject to rape and forced prostitution on a daily basis, according to women’s rights groups. Although the facility has separate dorm rooms for women, the doors cannot be locked and men control access to the sanitary facilities.

Approximately 80% of the refugees/migrants at the shelter are male, according to Bavarian Broadcasting (Bayerischer Rundfunk), which reports that the price for sex with female asylum seekers is ten euros. A social worker described the facility this way: “We are the biggest brothel in Munich.” [Emphasis added.]

Police insist they have no proof that the rapes are taking place, although a police raid on the facility found that guards hired to provide security at the site were trafficking drugs and weapons and were turning a blind eye to the prostitution.

On August 28, a 22-year-old Eritrean asylum seeker was sentenced to one year and eight months in prison for attempting to rape a 30-year-old Iraqi-Kurdish woman at a refugee shelter in the Bavarian town of Höchstädt. The reduced sentence was thanks to the efforts of the defense attorney, who persuaded the judge that the defendant’s situation at the shelter was hopeless: “For a year now he sits around and thinks about — about nothingness.”

On August 26, a 34-year-old asylum seeker attempted to rape a 34-year-old woman in the laundry room of a refugee facility in Stralsund, a city near the Baltic Sea.

On August 6, police revealed that a 13-year-old Muslim girl was raped by another asylum seeker at a refugee facility in Detmold, a city in west-central Germany. The girl and her mother reportedly fled their homeland to escape a culture of sexual violence; as it turns out, the man who raped the girl is from their country.

Although the rape took place in June, police kept silent about it for nearly three months, until local media published a story about the crime. According to an editorial comment in the newspaper Westfalen-Blatt, police are refusing to go public about crimes involving refugees and migrants because they do not want to give legitimacy to critics of mass migration. [Emphasis added.]

The rapes are just due to misunderstandings.

After Muslim terrorist attacks, we’re told that the killers just “misunderstood” their religion. They misunderstood the peaceful nature of Koranic verses such as “Kill them wherever you find them”, “They should be murdered or crucified or their hands and their feet should be cut off on opposite sides” and “Strike off their heads and strike off every fingertip of them”.  [Emphasis added.]

But the misunderstandings of Islam are just getting started.

The principal of Wilhelm-Diess-Gymnasium was concerned about his female students. So he sent a letter warning their parents that the Muslim refugees who had been put up next to the school gym “are marked by their own culture”. And now Germans were being “marked” by their culture. [Emphasis added.]

Girls were told to wear “modest clothing” to avoid “misunderstandings.” But rape isn’t a “misunderstanding.” The only misunderstanding is the politically correct leftist idea that the rapist should be excused on account of his culture and religion. [Emphasis added.]

The Koran states, “O Prophet! Tell your wives and your daughters and the women of the believers to draw their cloaks all over their bodies that they may thus be distinguished and not molested.”

The obvious implication is that women who aren’t dressed in a Burka may be “molested”.

Or as the commentary states, “It is more likely that this way they may be recognized (as pious, free women), and may not be hurt (considered by mistake as roving slave girls.)”

The Muslim migrants who have invaded Germany just might “misunderstand” and mistake the teen girls going to the gym as “roving slave girls”. And under Islamic law, that’s what they are. Islamic law permits Muslim men to rape even married infidel women in the Dar al-Harb. Let alone unaccompanied girls. 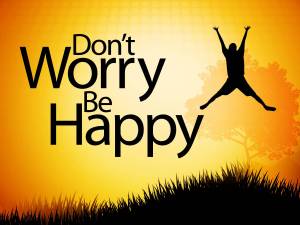 10 Responses to Short fiction | Jail or psychiatric treatment for Islamophobes