King Barack, Sir John and a great nuke deal — for Iran | Part I

Posted on 14 July 2015 by danmillerinpanama

Oh what a tangled web we weave, when first we practice to deceive. 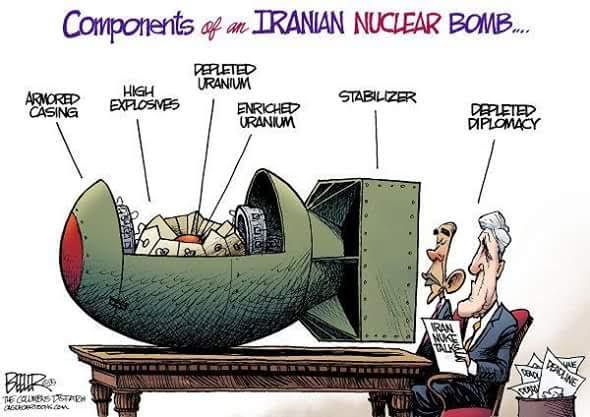 Obama has practiced deceit for a long time and His “deal” with Iran demonstrates His consummate mastery of the techniques. Earlier, He announced that the November 2013 Joint Plan of Action would eliminate Iran’s nuke weaponization and that there would be no deal otherwise. As I contended here in January of 2014, He lied. The November 2013 “joint plan of action” contemplated no inspection of any Iranian military or missile site. Quoting from my post linked immediately above,

The text of the English language version of the P5+1 “deal” is available here and the text of the January 16th White House summary of the recent agreement to go forward by reducing sanctions and beginning inspections of some (but not all) Iranian nuclear facilities is available here. I posted articles about the November 24th “deal” here and here and the White House summary here. The first two minutes and eleven seconds of the video embedded below provide a concise summary of what has been happening.

Obama, however, often told us that there would be anywhere, anytime inspections with which Iran could not interfere and which would prevent its development of nuclear weapons.

The “deal” with Iran was announced today, July 14, 2015. The 159 page text of the “Joint Comprehensive Plan of Action” is available here. Here are excerpts from Attachment 1, dealing with IAEA inspections of Iran’s nuke sites:

In line with normal international safeguards practice, such requests will not be aimed at interfering with Iranian military or other national security activities, but will be exclusively for resolving concerns regarding fulfilment of the JCPOA commitments and Iran’s other non-proliferation and safeguards obligations. [Emphasis added.]

Hence, if Iran does not agree to permit inspections within fourteen days of an IAEA request, the dispute will be resolved by majority vote of an eight member committee, including Iran, Russia and China. Should those three vote against an IAEA inspection, as they likely would, it would take all of the other five members to grant the IAEA request. That process “would not exceed 7 days” and then, if a majority (five members) of the committee agreed with the IAEA, Iran would have three additional days to comply. In the unlikely event of a majority vote in favor of the IAEA, Iran would have had twenty-four days to prepare for an inspection. Three days, let alone twenty-four days, would give Iran ample time to eliminate evidence of whatever the IAEA sought. It all boils down to trusting Iran.

As observed here, that amounts to no time, nowhere supervision.

Any deal that scales back sanctions and allows Iran to keep operating its advanced ‎nuclear development facilities even at a low level is a fatal bargain. So warned Simon ‎Henderson of the Washington Institute and Olli Heinonen, a former deputy director ‎general of the International Atomic Energy Agency, as long as two years ago. ‎

U.S. President Obama’s response to this was to promise that he would accept nothing ‎less than a Western right to conduct “anywhere, anytime” international inspections of ‎Iran’s most secret nuclear and military facilities. ‎[Emphasis added.]

Indeed, veteran investigators have testified in front of Congress literally dozens of ‎times that anywhere-anytime access is a minimum prerequisite to a verifiable deal. ‎

Alas, Obama has now backed down from that. It’s an American collapse.‎ 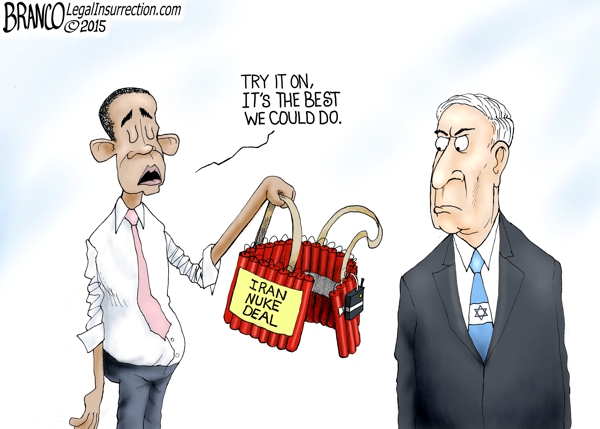 I have not dealt with other aspects of the “deal” here but plan to do so in Part II.

19 Responses to King Barack, Sir John and a great nuke deal — for Iran | Part I