Posted on 12 May 2017 by danmillerinpanama

President Trump’s initial executive order imposed a temporary ban on refugees from seven countries where terrorism is endemic and information on potential refugees is scant, pending development of a workable vetting procedure. He later vacated the initial order and replaced it with one affecting only six countries and making other changes not relevant to the points addressed in this article.

The initial executive order was rejected as unconstitutional, apparently because in violation of the First Amendment (freedom of religion), by several district court judges and the replacement order has had the same fate. The rulings were based, not on the text of the orders, but on Candidate Trump’s campaign references to a “Muslim ban.” Both orders applied equally to non-Muslims and Muslims from the subject countries. Neither mentioned, nor banned, nor applied to anyone from, any other Muslim majority country. According to the Pew Research Center, in 2010 there were “49 countries in which Muslims comprise more than 50% of the population.”

On May 11th, law Professor Jonathan Turley wrote an article titled Sally in Wonderland: The “Curiouser and Curiouser” Position of The Former Acting Attorney General. It deals with the testimony of now-former (fired) acting Attorney General Sally Yates concerning her refusal to allow the Department of Justice to support President Trump’s initial executive order. Ms. Yates was a hold-over from the Obama administration.

Professor Turley opined on Ms. Yates’ decision in the context of this graphic:

Sometimes congressional hearings bring clarity to controversies. Many times they do not. Controversies can become “curiouser and curiouser,” as they did for Alice in Wonderland. That was the case with the testimony of fired acting Attorney General Sally Yates before the Senate Judiciary Committee this week discussing her unprecedented decision to order the entire Justice Department not to assist President Trump in defending the first immigration order. Yates was lionized by Democratic senators as a “hero” and has been celebrated in the media for her “courageous stand.” However, for those concerned about constitutional law and legal ethics, there is little to celebrate in Yates’ stand. Indeed, her explanation before the Senate only made things more confusing. It was a curious moment for the new Alice of the Beltway Wonderland: “Curiouser and curiouser!” cried Alice (she was so much surprised, that for the moment she quite forgot how to speak good English).”

There has been considerable speculation on why Yates would engineer such a confrontation, but what is more important is her justification for ordering an entire federal department to stand down and not to assist a sitting president. Yates’ prior explanation fell considerably short of the expected basis for such a radical step. She dismissed the review of the Office of Legal Counsel (OLC) by insisting that those career lawyers only look at the face of the order and did not consider Trump’s campaign statements and his real motivations. Of course, many question the use of campaign rhetoric as a basis for reviewing an order written months later by an administration. Most notably, Yates did not conclude that the order was unconstitutional (in contradiction with her own OLC). Rather, she said that she was not convinced that the order was “wise or just” or was “lawful.” She does not explain the latter reference but then added that she was acting on her duty to “always seek justice and stand for what is right.” That is a rather ambiguous standard to support this type of obstruction of a sitting president. [Emphasis added.]

Sen. John Kennedy, R-La., asked, “Did you believe, then, that there were reasonable arguments that could be made in its defense?” In an astonishing response, Yates said no because she decided on her view of Trump’s real intent and not the language of the order. However, many judges disagree with implied motive as the appropriate standard for review, as evidenced by the oral argument this week before the Fourth Circuit. More importantly, at the time of her decision, many experts (including some of us who opposed the order) were detailing how past cases and the statutory language favored the administration. It is ridiculous to suggest that there were no reasonable arguments supporting the order. [Emphasis added.]

I agree with Professor Turley’s analysis and posted the following comment arguing that there is Supreme Court precedent for ignoring politically oriented campaign rhetoric such as Candidate Trump’s reference to a “Muslim ban.”

Ms. Yates testified that substantially the same standards of review apply to executive orders as to acts of Congress.

When Obamacare was under discussion prior to enactment and when it was enacted, its basis was claimed to be the Commerce Clause of the Constitution. Those who wrote Obamacare and those who voted for it rejected the notion that it was a tax because to accept that classification would have been political suicide. President Obama did not suggest to the public that Obamacare was a tax. He claimed that it was appropriate under the Commerce Clause. As I recall, counsel for the Government rejected classification as a tax during oral argument, relying instead on the commerce clause.

The majority opinion written by Chief justice Roberts held that although violative of the Commerce clause, Obamacare was permissible instead under the powers granted by the Constitution to impose taxes and was, therefore, compliant with the Constitution. Even after the decision was released, President Obama continued to claim that it was not a tax.

Chief Justice Roberts cited the Congressional power to tax the non-purchase of gasoline — something the Congress had never done as to gasoline or any other commodity or service. He did not suggest how it could be done: tax everybody who fails to purchase gasoline, only the owners of automobiles, only the owners of gasoline reliant automobiles, only those owning such automobiles but failing to purchase specified quantities, and so on. As I recall, Prof. Turley wrote an article questioning the majority opinion’s reliance on the taxing powers of Congress. [Professor Turley wrote about the decision in an article title Et tu, Roberts? Federalism Falls By The Hand Of A Friend.– DM]

The evident basis of the Obamacare decision was the notion that acts of Congress are to be upheld if there is any Constitutional basis for doing so — despite politically motivated statements by members of Congress who had voted for it and despite assertions by the President and others that it was not a tax. Under the standard applied by Ms. Yates to President Trump’s executive order, such statements would have rendered Obamacare unconstitutional and obligated her, as Acting Attorney General, to refuse to support it in court. [Emphasis added.]

Ms. Yates was asked neither about the standard applied by the Supreme Court in upholding Obamacare nor her application of an apparently different standard to President Trump’s executive order.

The judges who have thus far rejected President Trump’s initial and second executive order adopted the same rationale as Ms. Yates. The judges who upheld the orders obviously did not.

It is probable that the Supreme Court will eventually decide on the constitutionality of President Trump’s revised executive order, particularly if (as seems likely) there is a split in the circuits. Justice Gorsuch will likely be among the justices who decide the case and the executive order will very likely be held constitutional. There will probably be more than five votes for its affirmation.

In the meantime, America will continue to receive substantial numbers of unvetted and potentially dangerous refugees whose admission the executive orders were intended to prevent. Oh well. What’s a few more American deaths by jihadists? What difference at this point does it make? 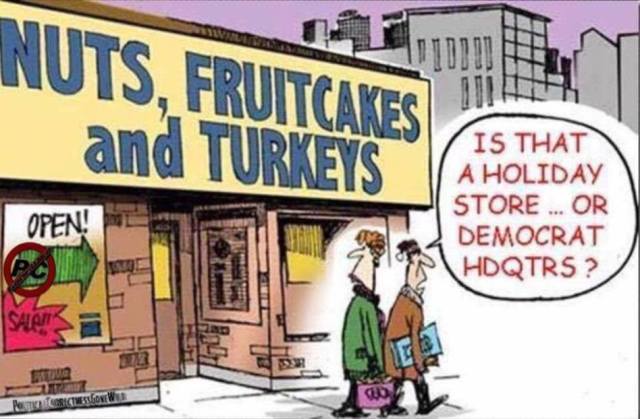